The Diana Isaac Retirement Village team were ecstatic winners within the Aged Advisor People’s Choice Awards, with the gong reflecting the special relationship between the residents and village team members.

Diana Isaac took out the Best Large Retirement/Lifestyle Village category in the category for South Island villages. The awards are based on hundreds of reviews and ratings for retirement facilities throughout the country.

Previously Ryman Healthcare has taken out the award for the Best Group Provider in 2018, 2019 and 2020. The finalists are chosen when the reviews and ratings are added together. Those that vote include those who have lived in and visited the villages.

Diana Isaac Village Manager Tracey McCullough said everyone within the village had played a role in the win. 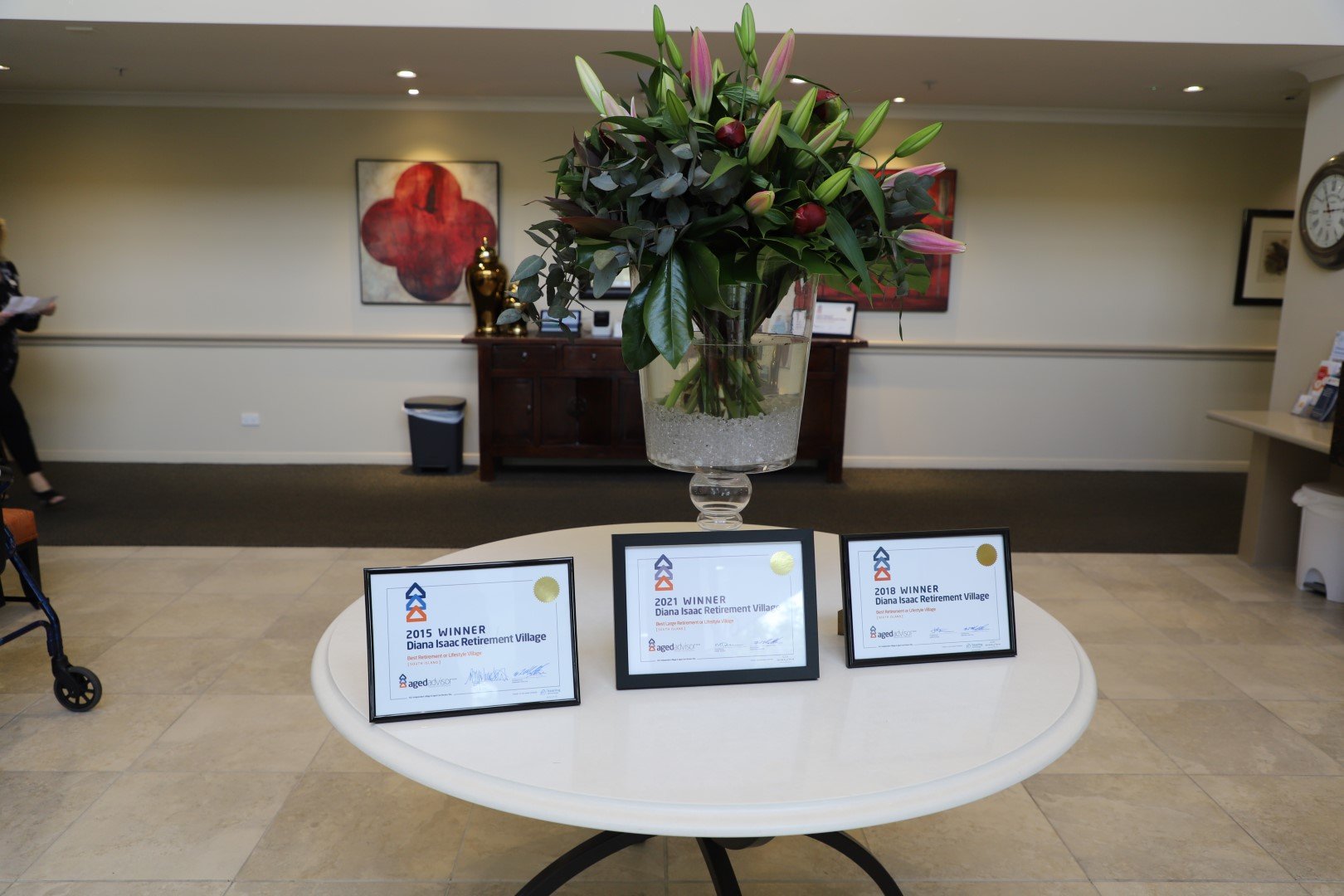 Diana Isaac was a close runner-up in the 2020 awards and had previously taken top spot in 2018 and 2015 and reflected on the comments by various visitors and family members.

“You also give a star rating, when you give feedback,” she said.

“The feedback is coming from independent, serviced apartment and care residents, plus their friends and family.

“Everybody judges things differently whether it’s independents looking at their gardens and the maintenance, that’s been carried out, or whether they come in and have fine dining or events.”

On the other hand, those in the care centre facilities would often rate a village on things such as care, laundry, housekeeping… so everyone plays their part.”​​​​​​​

During her time as Village Manager, Tracey said the village had expanded its offering of services and continued to provide excellent care with team members having great attention to detail.

There are now such services as an e-cab (an e-taxi for residents), a dedicated café, and a Village Host who works at the bar, and with the help of the kitchen team provides snacks plus drinks during evenings from Thursdays to Sundays.

During the recent COVID-19 lockdown, Diana Isaac, like other Ryman villages, had continued to update the entertainment and hospitality space, providing Happy Hour in a Bag supplies to residents as well as Zoom-based entertainment and remote Triple A exercise sessions.