We remember their courage

It's been three-quarters of a century, 75 years exactly, and still within living memory, since D-Day; the day the Allies planned a massive invasion of German-occupied France, a turning point in World War ll.

Leaving from England in the early hours of the morning on June 6th, 1944 the Allies coordinated the surprise invasion, code-named 'Neptune', as part of the wider 'Operation Overlord'.

The planning over many months was one of the war's biggest secrets, with weather, moon phase and tides all carefully considered for the five beach landings in northern France.

Airborne troops were dropped in first, to blow up bridges and sabotage railway lines and prevent the enemy from rushing reinforcements to the beaches. 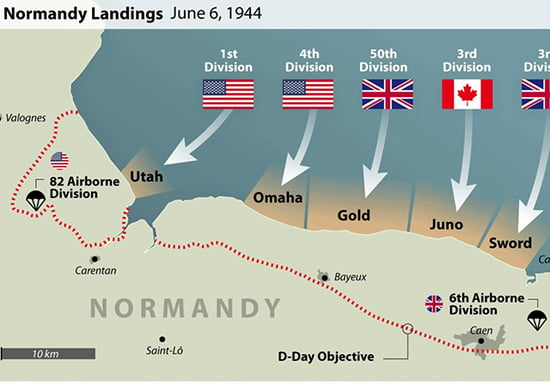 Just before dawn the largest amphibious landing force ever assembled, arrived on French beaches, packed into flat bottomed boats, launched from troop ships miles from the coast in the treacherous English Channel.

Although there were heavy losses, by nightfall about 175,000 Allied troops had made it ashore.

This operation was the beginning of the liberation of France and later Western Europe from Nazi control.

Several of those brave young men involved in the invasion now live in our Ryman villages, and are all in their 90s or older. All have been awarded the Legion d'honneur, France's highest military honour.

Here are some memories of that day told by three of our veterans for the Ryman Stories of Valour book. 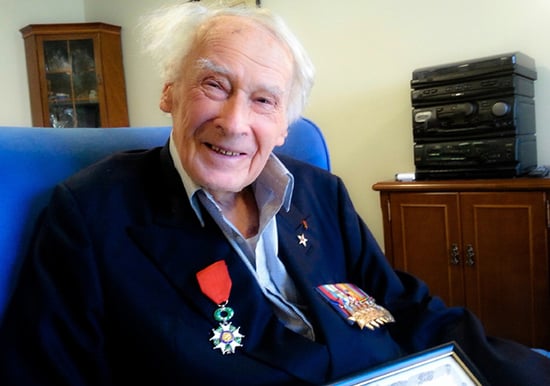 On D-Day Penwill Moore, of Rita Angus, was the officer responsible for all the navigation instruments of the landing crafts destined for Juno Beach at Normandy.

On being awarded the Legion d'honneur in 2015 he was praised for the commitment and professional qualities he demonstrated when entrusted with great responsibilities in the preparation for the Battle of Normandy.

When the beaches were stormed Pen thought it could spark the liberation of the country. "I had no doubt that we would get ashore in France, but I must admit I didn't know if we would manage to stay or if we would be pushed back. I was just doing my job." 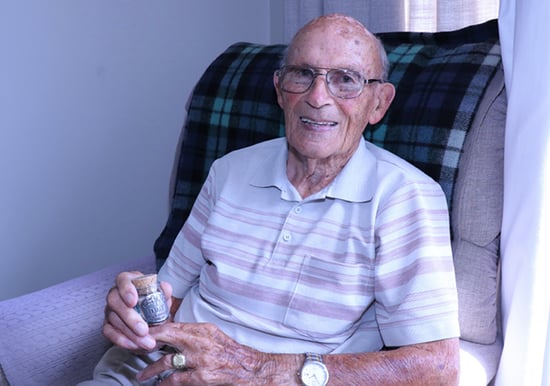 As part of the Royal Army, No 10 Ordnance Beach Detachment, Bill Broad of Jean Sandel, trained and practised in Scotland, on the Isle of Arran in preparation for the landings. He finally left England, from Portsmouth under the cover of darkness and landed in a flat-bottomed boat in Arramanches, France early morning. Bill chooses not to dwell on the horror of that day, but he has a small vial of sand from Gold Beach – the British code-name for that landing area as a keepsake. 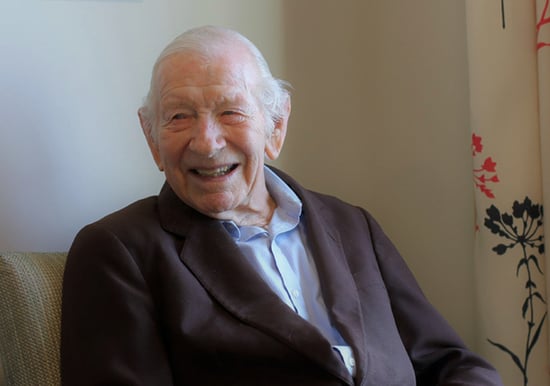 Maurice Mayston of Bob Scott, was a fighter pilot with 485 (NZ) Spitfire Squadron of the Royal Air Force.

"We took off at 5.45am and as we flew across we had an awesome view of the mighty armada of some 7000 ships in the dawn light, moving like ghosts towards the beaches at Normandy."

His squadron shot down the first German bomber over the Normandy battlefield and quickly followed it with a second.

"We were just one of thousands of squadrons, but we were proud that we were Kiwis and that our squadron was cutting edge.

75 years later, we remember their sacrifice, and the sacrifices of all the servicemen and women, and thank them for their bravery and for our freedom.