Cycling's a family affair for Frasers

The finals of the Olympics@Ryman women's cycling created a buzz of excitement at Charles Fleming Retirement Village in Waikanae.
Living on the gorgeous Kāpiti Coast alongside some excellent cycleways it's not surprising the village has three residents cycling in the finals - two in the men's and one in the women's competition.
On Monday Norah Fraser had a magnificent ending to her final. After pacing herself throughout the race she gave it her all on the home straight to move into third place just before the finish line, to win the bronze medal. 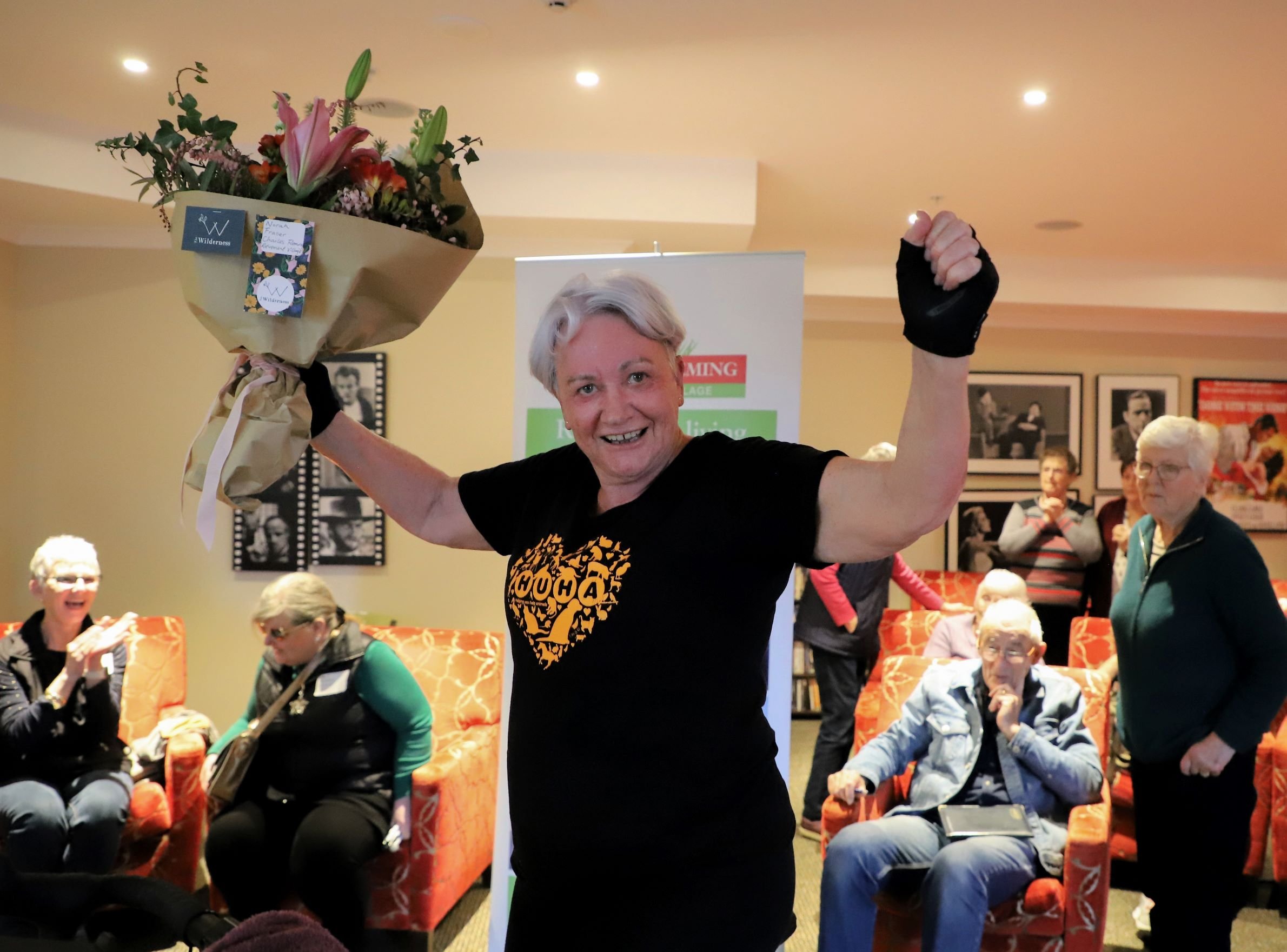 All through the race she had been spurred on by supportive residents and the team at Charles Fleming, but the biggest inspiration came from her husband Bryan who is also a finalist in the men's cycling. Bryan was watching the race and his wife closely and encouraging her. 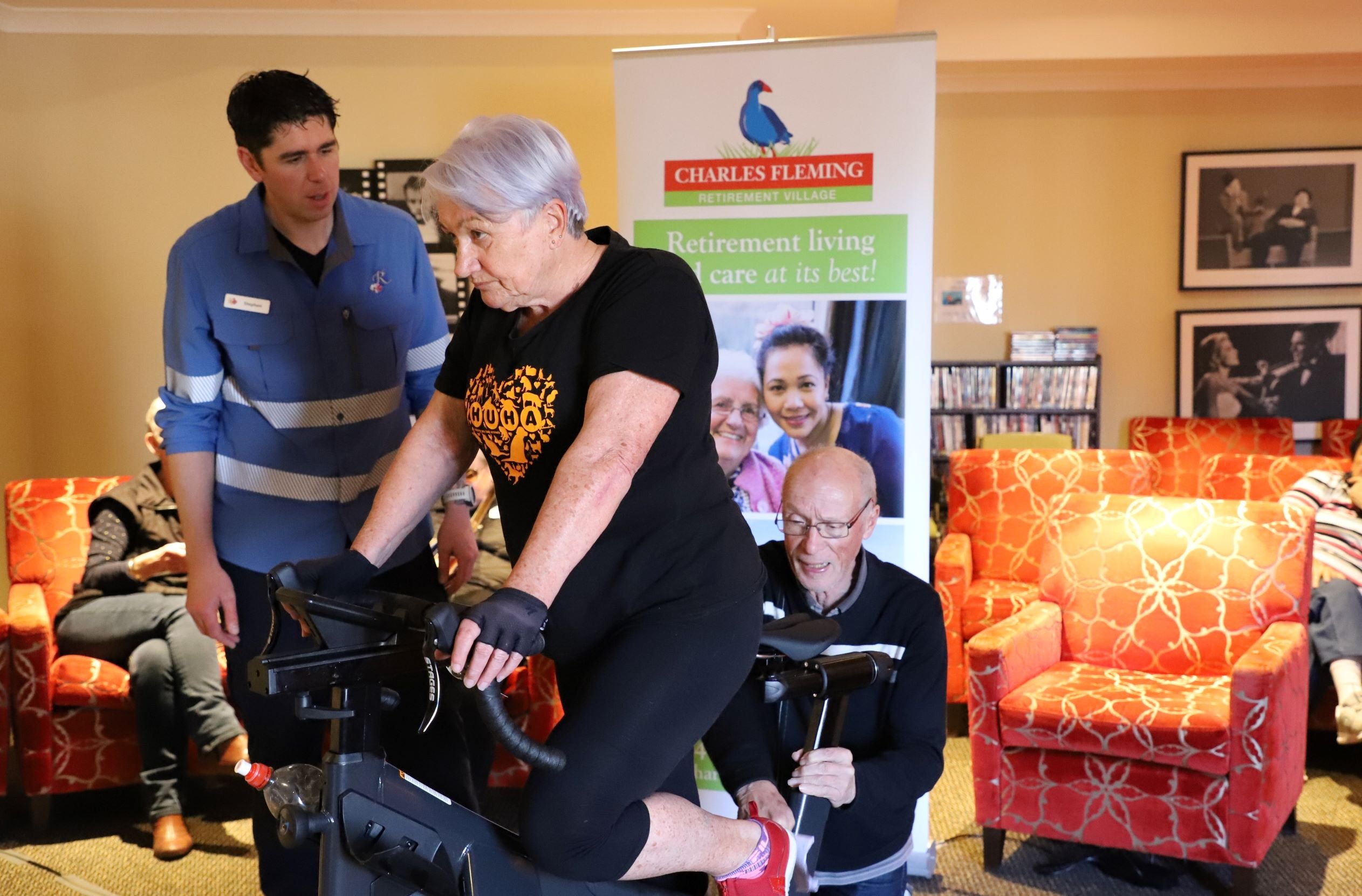 Today it was Bryan's turn to race, and with him was medal winner Norah and their daughter Cath who made the trip to Wellington for the final at Malvina Major village. 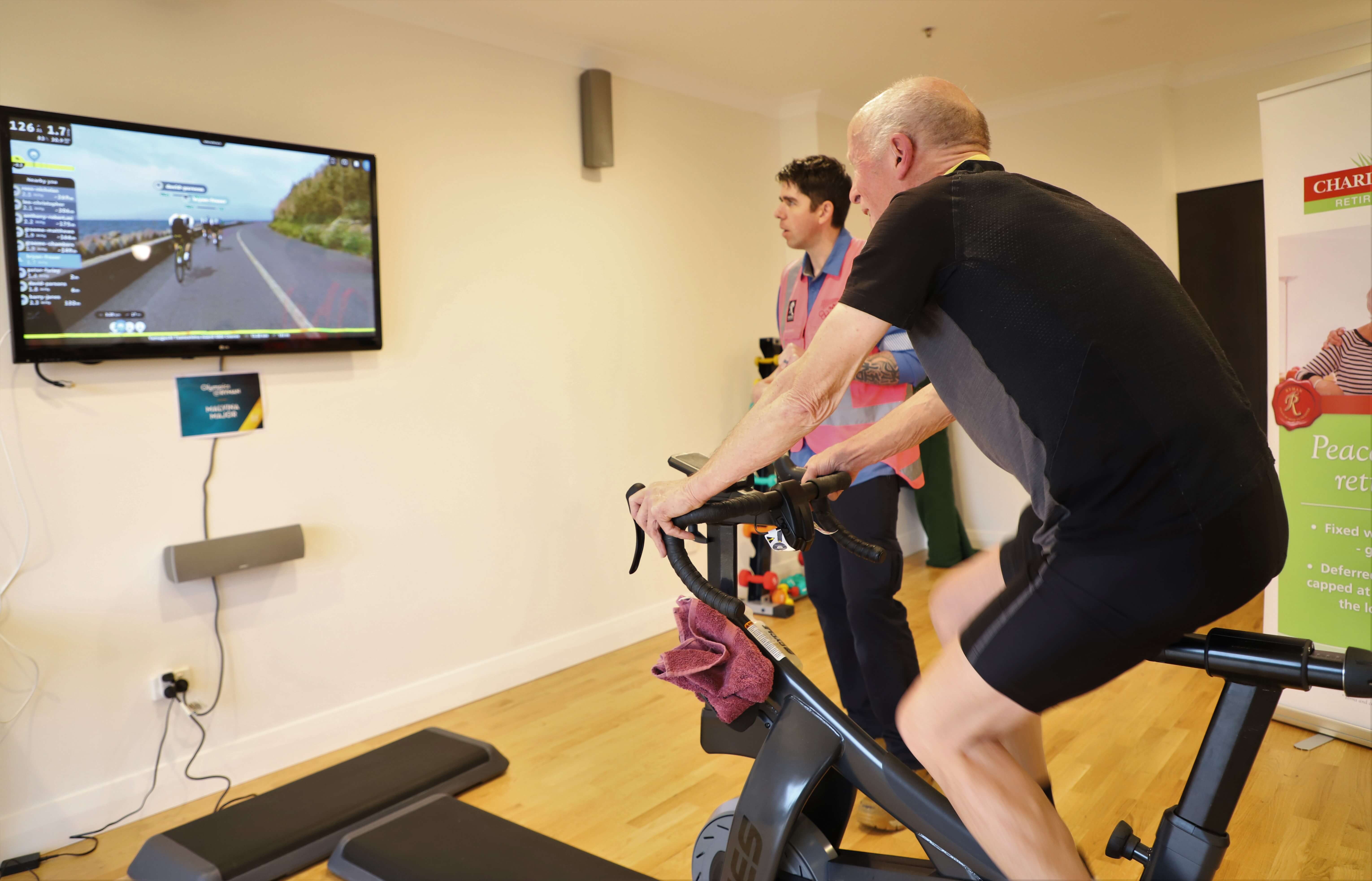 Cath said her parents were an inspiration to her. Both are keen cyclists and Bryan belongs to several cycling groups and regularly cycles the challenging Paekākāriki Hill road on Saturdays with friends. Bryan, Norah and Cath have also entered in the 160km round the lake circuit of Lake Taupō, with Bryan doing the full circuit and Norah and Cath the half. 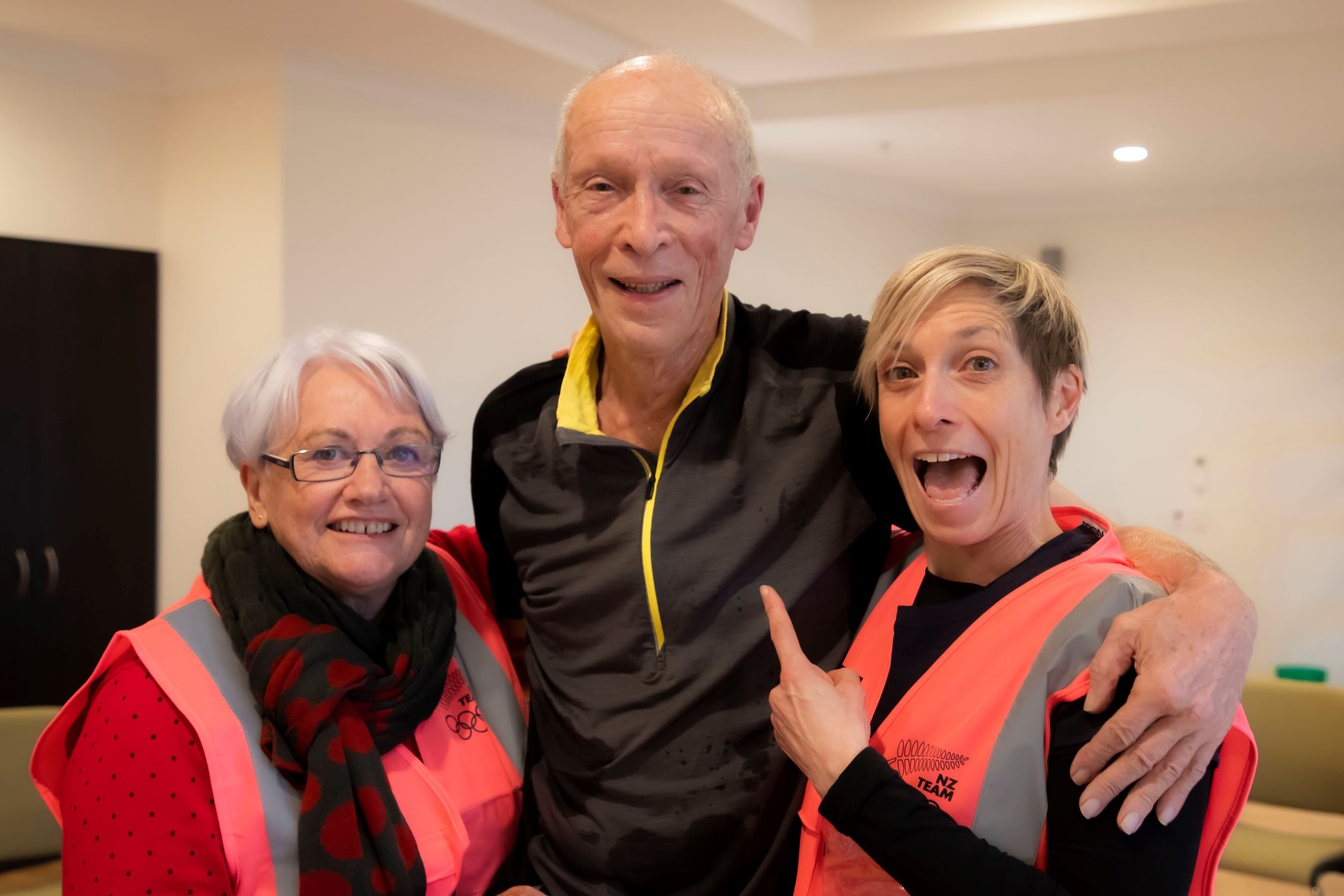 Although there were no more medals today they were just happy to have participated and to join in the spirit of the Ryman games.
But tonight, Bryan’s thinking he might open that bottle of bubbly won by Norah! 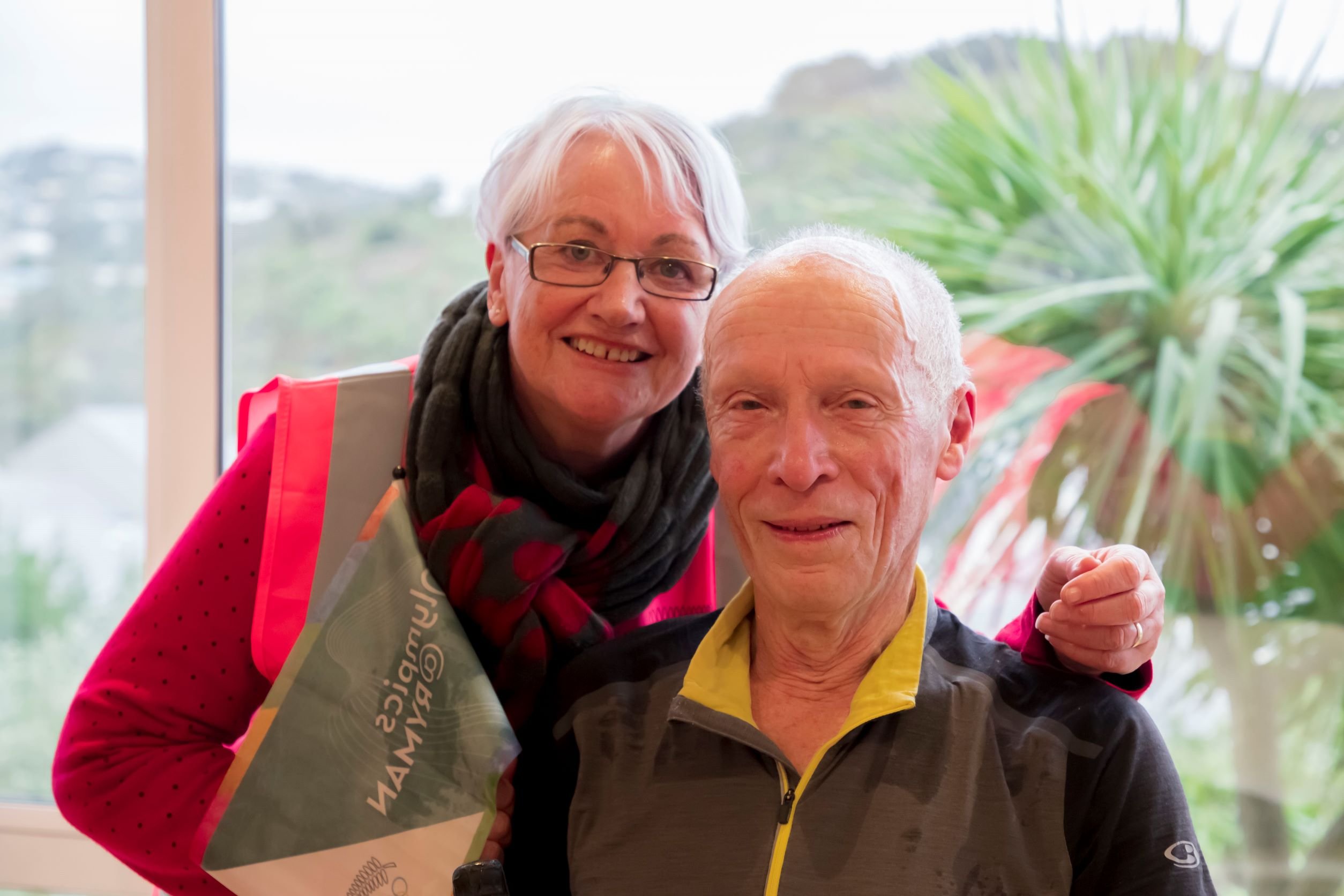