Walking frames come in all shapes and sizes, particularly those on their second time around the block. Christchurch City Missioner Matthew Mark was recently grateful to receive an assortment of frames that were rescued from being dumped.

Charles Upham village residents came together on a restoration project, that will allow those who have trouble walking, a means to keep connected with their communities.

The members of the village resident’s shed rescued half a dozen ‘walking frames’, and spent many hours rescuing them before presenting them to Matthew at the City Mission’s home base in Hereford St.

Charles Upham Village Manager David Cartwright travelled into the city with residents Lynn Andrews and Alan Orchard, who had both done some of the refurbishment work. Gardener Logan Fairbairn was also involved in the project.

David said the restored walking frames sometimes combined the parts of three or four older damaged walkers. “So, it was the residents stripping them down (to start again). Instead of wasting them it was a case of upcycling them,” he said.

There had been wheels that were completely worn down, and brake wires that no longer connected, Lynn added. Fellow residents, including Alan, had been “brilliant” in forging ahead with the required replacement and repair work.

Matthew said there would be obvious homes for the walking frames within the community of people or clients, the mission worked with. “Our age range and the physical abilities of many of the people we deal with is quite broad. Some of the residents and guests we house at the moment would get access to these,” he said.

The mission’s community connectors would endeavour to get walking frames and other resources to those in need, particularly those who were disconnected from the community. “These people often slip through the cracks from a health perspective, but also in terms of practicalities,” Matthew said. 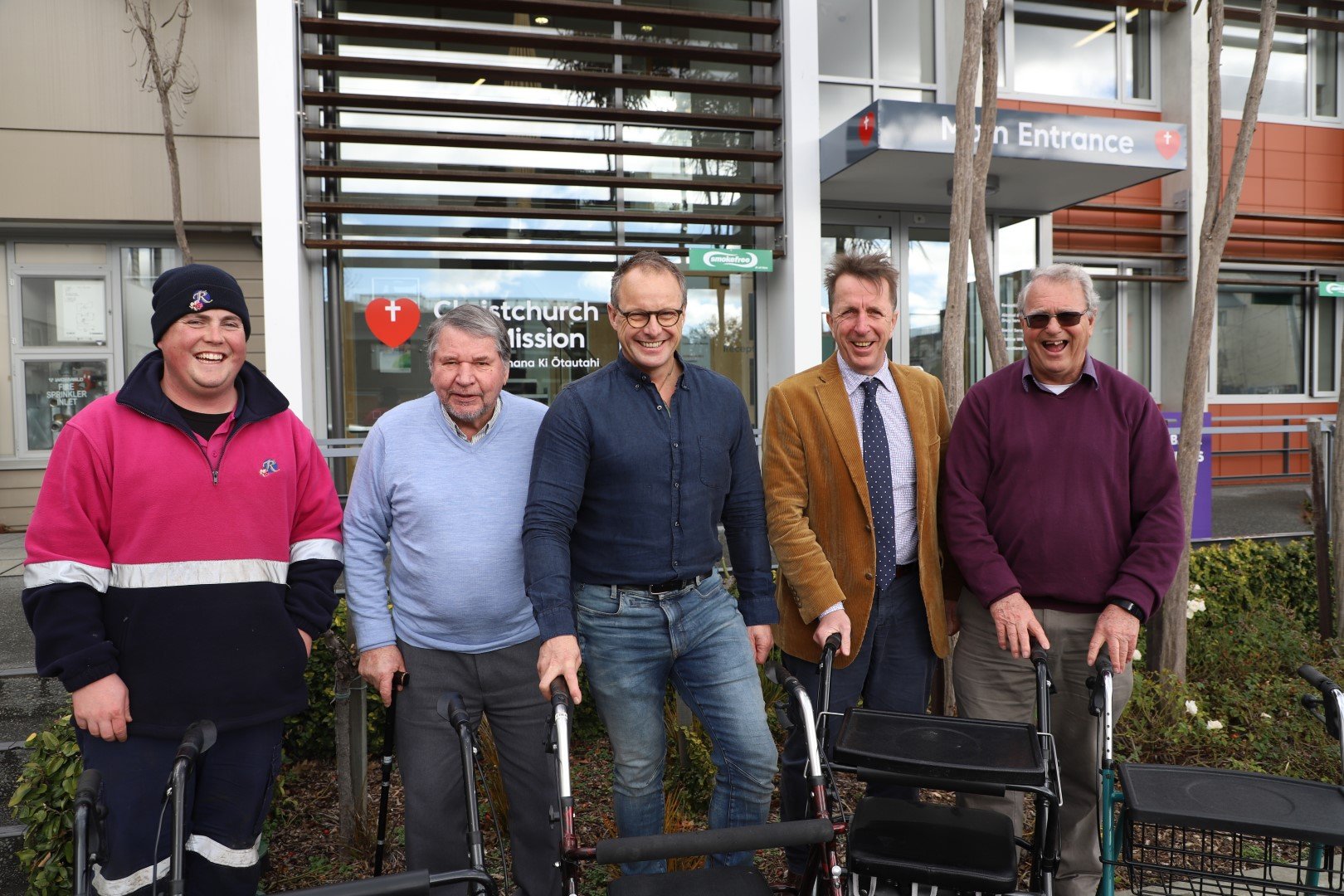 The donations also coincided with the redevelopment by the mission of the 269-275 Hereford St site. The site, opposite the existing offices, will soon include a ‘Thrive’ Op Shop, as well as other features including transitional housing, a foodbank and a cafe.

David said he would recommend that other Ryman village resident sheds do similar projects, with the aim of recycling objects and giving them to op shops and charities.

Matthew said demand by those visiting the mission’s Thrive Op Shops had increased recently, though supply of objects donated had not quite grown to match that demand. “Donations of goods into our stores – that’s a bit of a challenge at the moment.” Household goods, such as whiteware, and clothing items were always appreciated.

Both David and Matthew agreed that recycling and repairing some household items, instead of dumping them at places like Kate Valley landfill, was a much more environmentally-friendly solution. ​​​​​​​