More than 14,000 home deliveries will be made this week as Ryman teams in New Zealand and Australia deliver the essentials to residents in lockdown.
Independent and serviced apartment residents received home delivered bread, milk and biscuits earlier this week, and the ever-popular Happy Hour in a Bag will be delivered by Friday to residents in lockdown.
At Lynfield’s Murray Halberg village, it was a case of all hands on deck with construction team members Alister Safaei, James Earls and Sefo Bhan manning the gate and office staff including Regional Sales Manager Michelle Garland and Senior People Development Advisor Leroy Sisnett joining the village team to get essential supplies out. 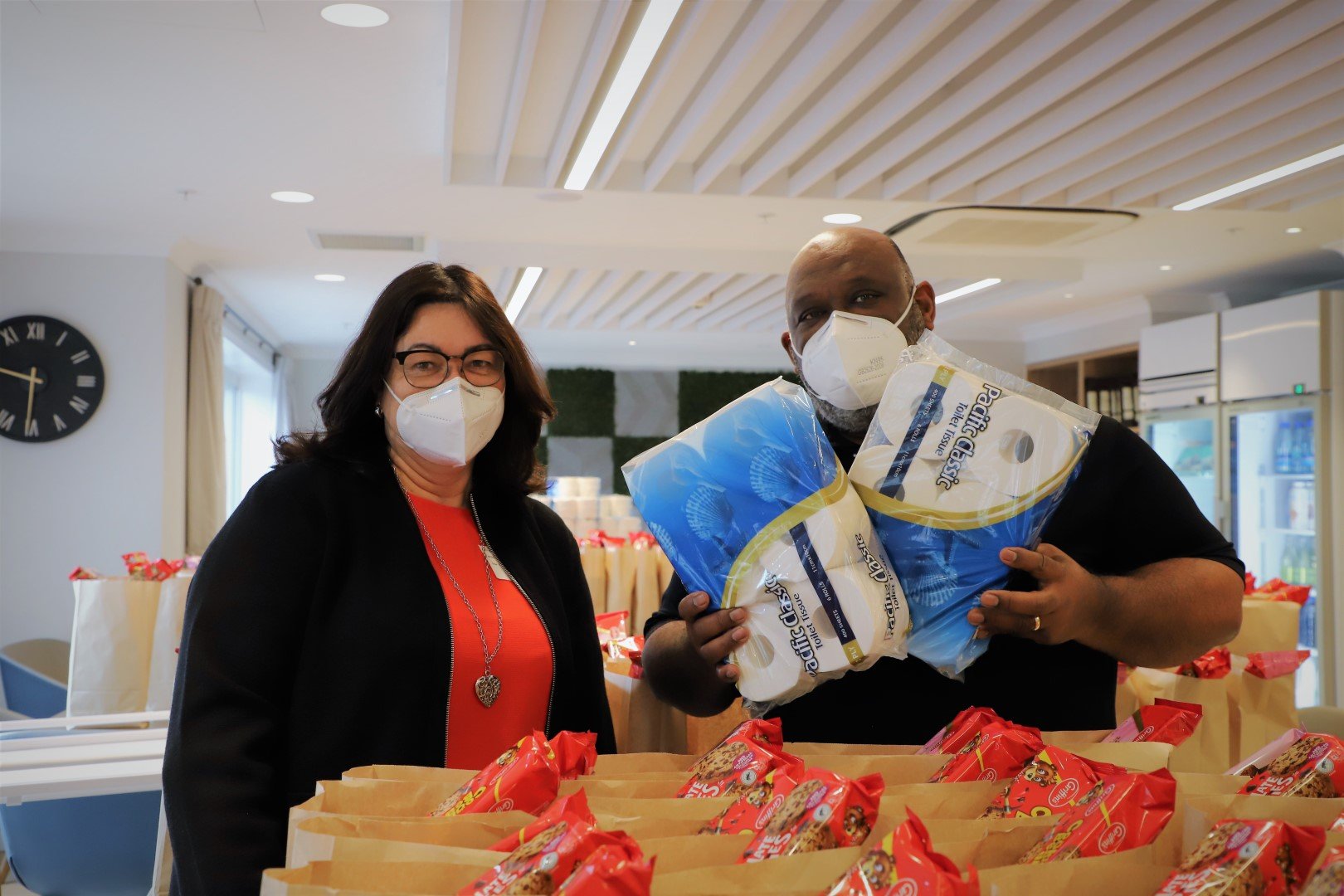 Michelle and Leroy packing up the groceries before delivering them at Murray Halberg (above) while (below) Alister, James and Sefo man the gate

Bags of biscuits, bread and milk were despatched along with a six-pack of toilet roll, much to the surprise and delight of the 173 independent and serviced apartment residents who received them.
“It’s like Christmas!” exclaimed resident Lee Martin.
“Are these for free?” asked another, Merle Oxenham.
“Thank you so much, I don’t know what to say, I feel quite overcome,” she added.
Some residents were taking the time to do long-delayed jobs, such as organising family photographs, while others were getting back into baking.
Bob Caley, the first resident to move into the village, said he was keeping himself entertained by doing a range of puzzles plus two 20-minute stints on the exercise bike each day.

Merle was left speechless after receiving her surprise groceries

Jagdish and Valerie Natali, (pictured top) who have lived in their apartment for nine months now, had been looking forward to celebrating their 60th wedding anniversary with family this weekend.
While they were disappointed that they would have to delay celebrations, Jagdish said they were glad to be looked after in the village.
“It’s been marvellous. The staff can’t do enough for you here,” he said.
Over in Devonport, village gardeners Aaron Brown and Abigail Passmore joined another redeployed Ryman team member, Foreman Brendan Joicey, in packaging up 120 grocery deliveries and despatching them to each resident at William Sanders village. 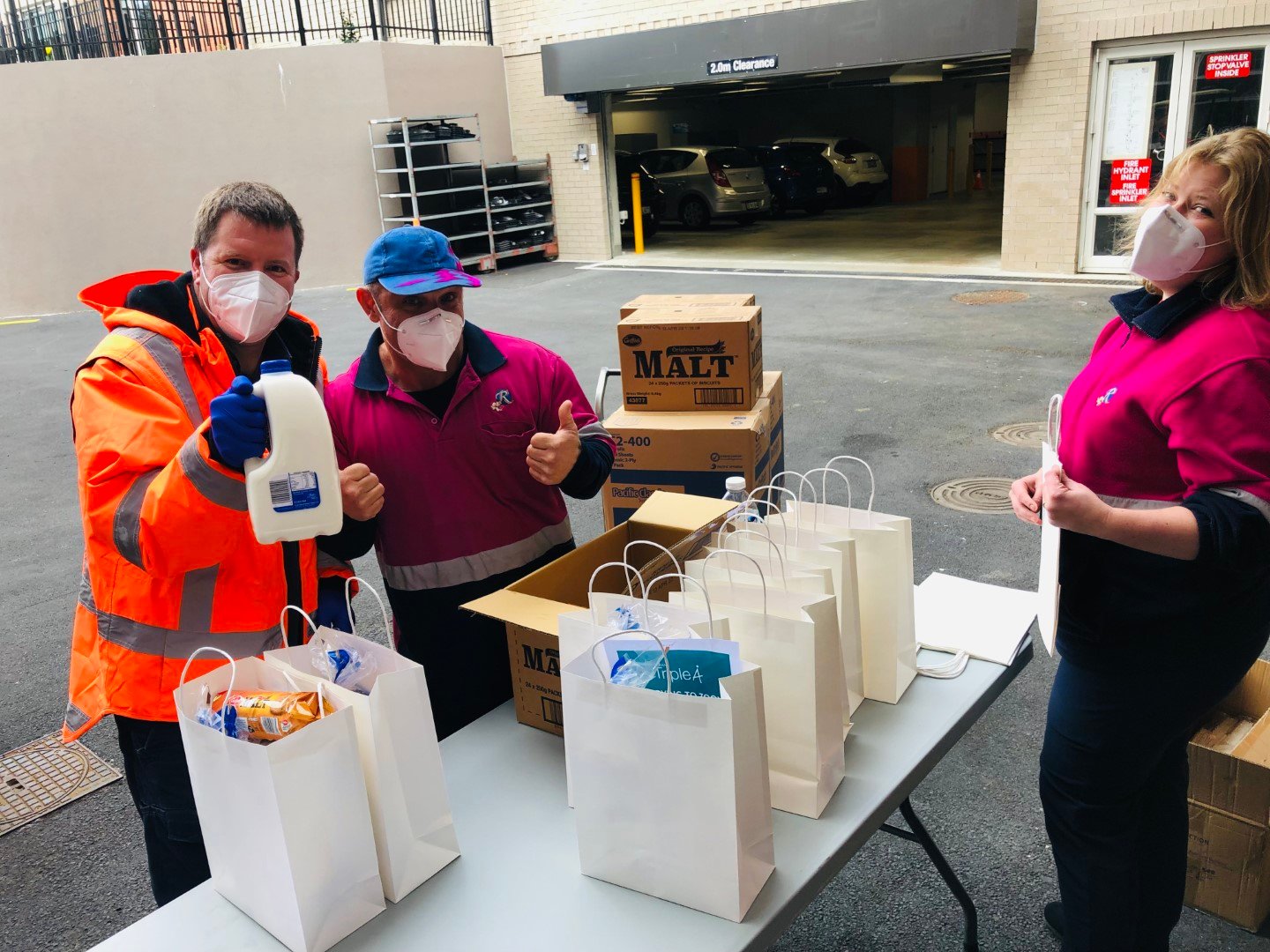 The reaction from residents there was similar: “All of them said thank you and commented how kind it was of Ryman and some said it was like Christmas!” said Abigail.
“Everyone was very happy with what they got,” added Aaron.
Resident Services Manager Michelle Barnard said it would be the same drill for delivering Happy Hour bags later in the week.
And it was the same story at Ryman’s Linda Jones village in Hamilton, with 167 grocery deliveries made to residents living in townhouses, and serviced and independent apartments.

Christa Potgieter, Village Activity and Lifestyle Coordinator, said it was a busy time for the team with 167 deliveries required, but the response from residents made it all worthwhile.
Christa and her colleague Christine Hawley prompted a few extra smiles by sporting silly wigs whilst doing the rounds.
“Everyone was really happy to receive their goodies, and we received a lot of thank you emails too, which was really special,” she said. 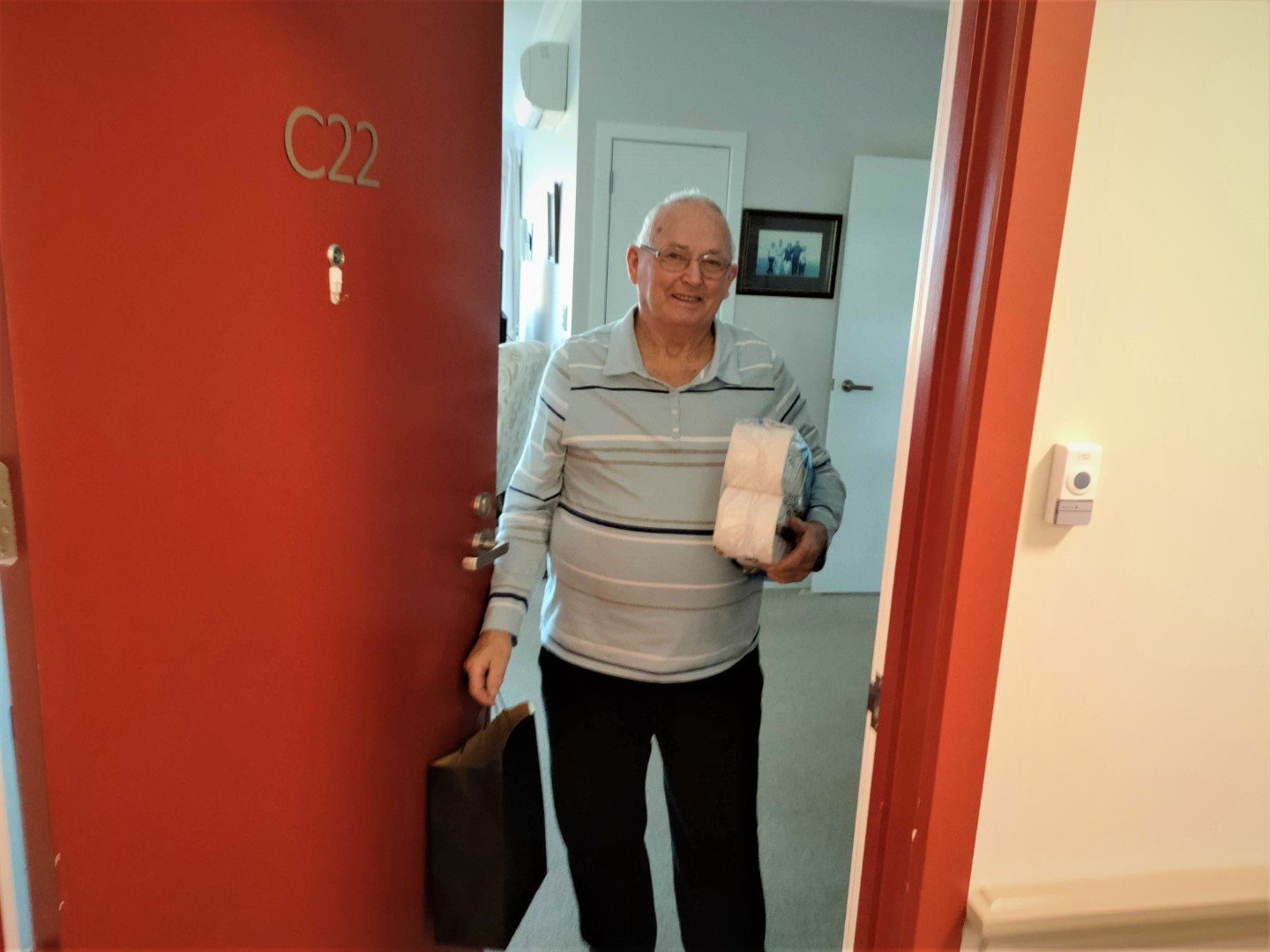