Minions, mermaids and dinosaurs from alternative worlds inhabited Charles Upham village for a day, much to the delight of residents.

The staff teams had the time of their lives living in dress-up landscapes within the village. They also had plenty more to celebrate and look forward to as part of ‘Charles Upham Team Week, June 14-18’.

Residents were thrilled to see staff members give it their very best for the fancy dress and team-building day. Everyone was smiling and the compliments flowed.

Resident Services Manager Amy Amtman said the week was a way for members of village team to bond and at the same time express themselves by coming out from behind their workstations and in front of the village community. There were some spectacular dress-up efforts and everybody joined in – with their usual uniforms set aside for the day.

“We’ve created the Charles Upham Team Week, just to bring the team more together, to have some fun, and it’s over the whole week,” Amy said. 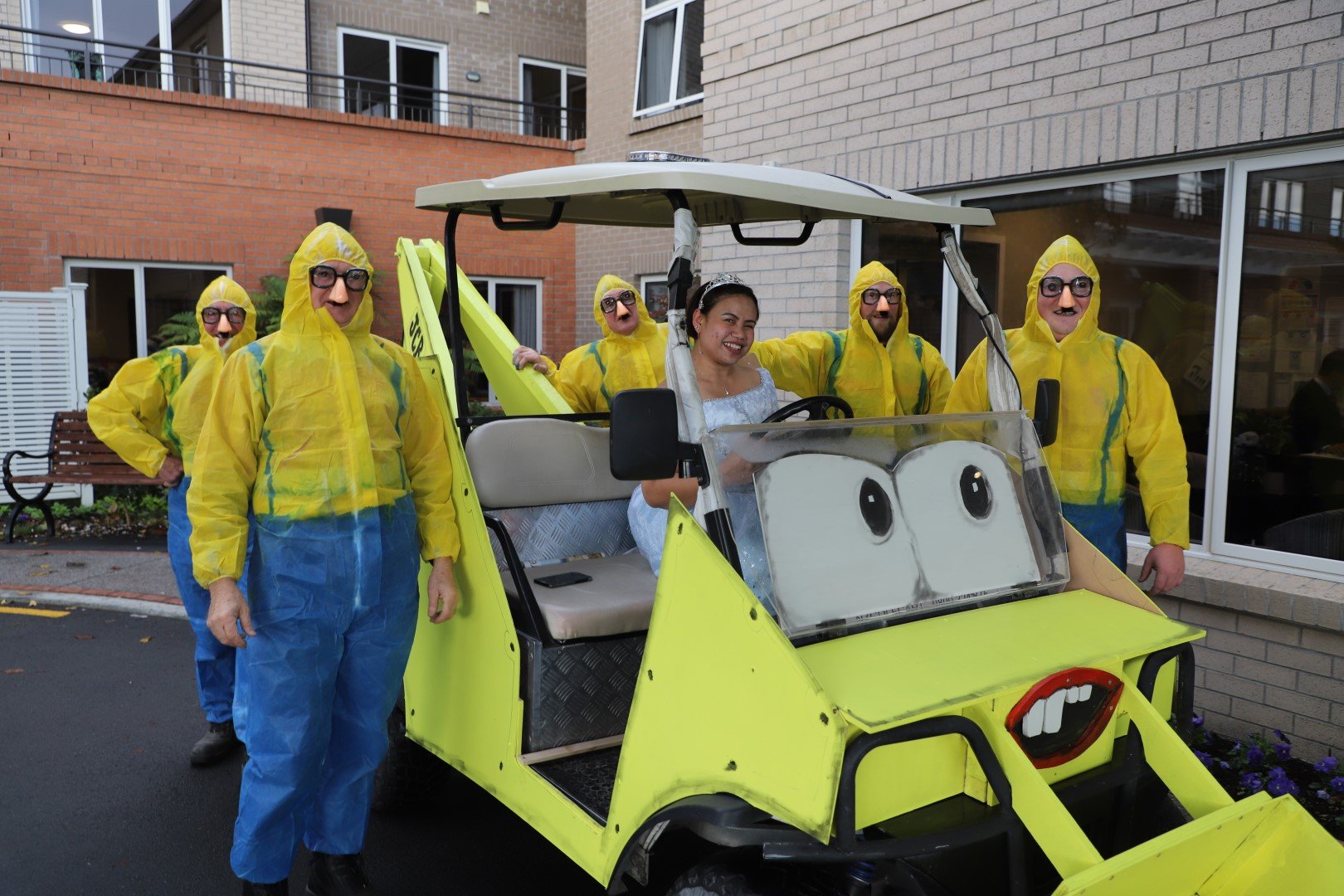 On Monday the teams, for example those from the care units as well as others from the independent and serviced apartment sides of the village, had to ‘Colour their Unit’ or work station. Stunning fancy dress costumes were donned on Tuesday and on Wednesday the colleagues plan to share a meal, by bringing in a plate to share at work.

Other parts of the week will include: showing a random act of kindness to a workmate, and te climax will be an end-of-week Friday pub night. Team members can invite their family members to the Charles Upham bar.

Amy said the reception desk glowed -- dressed as a “winter wonderland”. This and other decorated village areas would be judged by visiting Ryman representative and Regional Manager Jenny Thiele who would tour the village. “We’re going to see ‘Under the Sea’, we’re going to see ‘The Enchanted Forest’, a ‘Mad Hatter’s Tea Party’, ‘the Stars Hollywood, and outside we’ve got the Minions, members of the gardening team.

“We’ve got fairies in the café, bees in the kitchen… the staff are just loving it and the residents are coming over and visiting all the units …,” Amy said.

“Everyone’s just coming together as a big family.” The Charles Upham team plan to repeat the themed-week, each year.