Buck brings it back to basics at Edmund Hillary

Sir Wayne ‘Buck’ Shelford has a reputation for being one of the toughest men in rugby, in part because of a horrific injury that occurred during the so-called ‘Battle of Nantes’ against France in 1986.
It’s become the stuff of legend, that as well as losing four teeth during the game, a French player kicked him in the groin, ripping his scrotum in the process.
After being stitched up, the legend goes, he insisted on returning to the field to continue the game before a concussion saw him sidelined finally.
And that was how Sales Advisor Colin Caldwell introduced the great man, to an eager crowd at Ryman’s Remuera retirement village.

But, says Buck, that story is ‘a little bit wrong’. It’s true that the teeth, the tear and the head knock all occurred but it was what happened next which has been misconstrued.
“I didn’t come back onto the field – I’m not that good!” he laughed.
“When I walked back into New Zealand I was very, very sore, but that’s another story.
“But it’s one of those things where the story gets bigger and bigger and every time I get introduced they say that story so I have to change it and say this is the real story!”
Buck regaled the crowd with a complete rundown of his family background growing up in Rotorua with a sporting pedigree which included rugby and league players, boxers and even divers.
He joined the NZ Navy in 1975 and travelled the world, playing rugby as he went.
In 1985, his club side, North Shore, became a member of North Harbour Rugby Union, the same year he was selected to be an All Black.
The excitement of that achievement was tempered by the planned South African tour being cancelled.
“It would have been my first trip to South Africa. And that got that taken away from me, it was political really,” he said.
Going away on the ‘rebel tour’ with the Cavaliers in 1986 taught him more about rugby in those two months than ever before.
“All those young All Blacks that went on that tour, who played in the World Cup the next year, the reason we were so tough in the World Cup was because we were exposed to South Africa and then we lost that game in Nantes, the France test, and our pride was dented big time.
“So for us it was about winning the World Cup, getting the French in the final and bringing NZ back together, because that Cavaliers tour split New Zealand in half and not a lot of people were turning up to rugby that year, so we had to bring New Zealand together and we had the French in the final at the same time, so we had to beat them!” 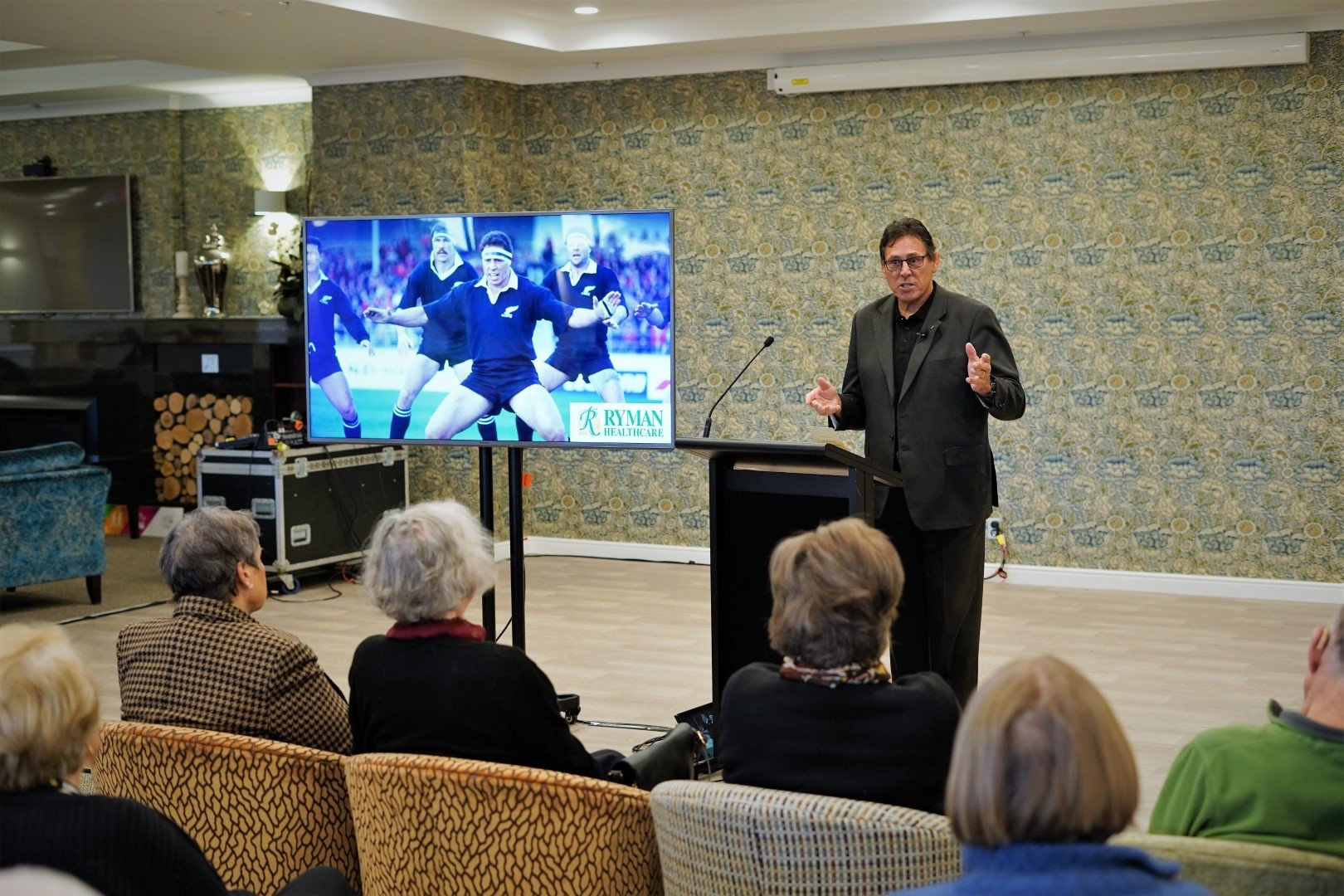 Buck told how being dropped by Grizz Wylie for Zinzan Brooke, which later sparked the ‘Bring Back Buck’ campaign from fans, also prompted his stints overseas in France, England and Italy as a player coach.
In 1995 he returned to New Zealand and coached at North Harbour, getting the head coach job in 1998. They moved from 10th to the top four for the next four years.
“It was great to be there because we were getting more All Blacks all the time.”
In the meantime he was kept busy with running a pub with wife Jo, raising their two children, and even a stint in Japan as head coach at a top rugby university.
Then, in 2007, Buck faced a really tough fight, when he was diagnosed with Non-Hodgkin Lymphoma, something that ‘really kicked me up the backside!’
While he has been in remission since, knowing that that same disease returned to take fellow sporting greats Martin Crowe and Andy Haden ensures that he takes his health seriously.
“It’s one of those things you can’t avoid – and my oncologist said to me ‘keep well’ because your cancer will come back one day.
“So for me, every day is a good day for me, I have my bloods checked twice a year just to make sure those little things in my blood are not going to come back.”

The team at Edmund Hillary loves to care

There’s a board on the wall in the reception of Edmund Hillary Retirement Village covered in colourful post-it notes wit...