In a moving ANZAC service at Anthony Wilding Retirement Village, we gathered to commemorate those New Zealanders who were killed in war, and to honour those who returned.

The service commenced at 2pm when guests were welcomed by Anthony Wilding village manager Sharon Armstrong.

The village chaplain Warren Read then spoke about the courage and sacrifice these brave men and women gave in service to our country. Everyone sang Abide with Me, accompanied by John Jennings on piano.

Warren also spoke about those suffering in the Ukraine in the present day.

“Today we hold before you, the people of Ukraine, and Russia. Every child, every adult. We long for the time when weapons of war are beaten into plowshares, when nations no longer lift sword against nation.”

The wreath was laid by Anthony Wilding WWII veteran Jack Marshall, who has been awarded the Distinguished Flying Cross for his service and courage.

Anthony Wilding resident Barbara Thomas read In Flanders Fields, the famous poem written by World War 1 Colonel John McCrae. It expresses grief over the “row on row” of graves of soldiers who died on Flanders’ battlefields in western Belgium and northern France.

Next, Sharon Armstrong read For the Fallen, an elegy written by English poet and playwright Laurence Binyon, which mourns, honours and celebrates the soldiers who died in WW1.

Then the haunting bugle call of The Last Post sounded, played perfectly by visitor Junho Kim. One minute of silence was held to honour those who were lost.

The service was concluded by the singing of the New Zealand national anthem.

The wreath layer, veteran Jack Marshall, is now 101 years old, and after the service he was interviewed by Donna-Marie Lever for TVNZ.

When war broke out, Jack enlisted with the RNZAF and joined 115 Squadron, flying Wellington bombers as a tail gunner. He survived an early crash in the North Sea but was rescued by a fishing trawler after 16 hours adrift.

Later, he switched to a pathfinder squadron and flew Stirling bombers. He flew with Fraser Barron, a highly decorated New Zealand WWII pilot, who became a close friend. Fraser was killed when he was just 23. 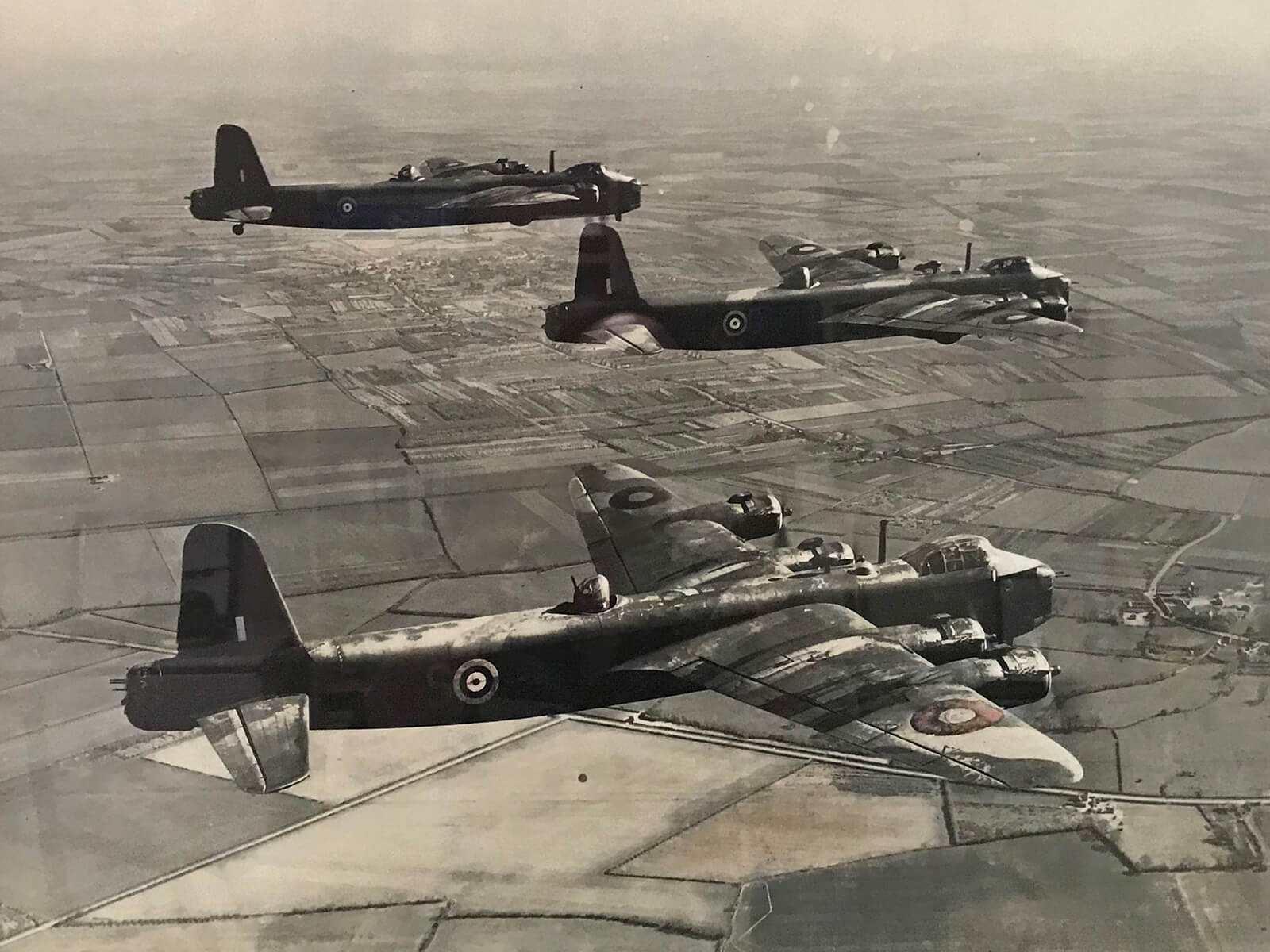 Jack completed 46 missions. He could have ended his flying career after 45 flights, but he volunteered to do one extra mission when another crew was short. The odds of survival were one in three, and he counts himself lucky to have made it through.

He says he is an eternal optimist, and carried this attitude during the war, despite being in danger many times.

"I never for a moment thought I wouldn't make it."

Anzac Day is significant to Jack, and not a day goes by when he doesn’t think about his mates like Fraser who were lost.

“When you fly in a bomber it is all about your crew. My crew is always at the back of my mind, every day.’’ 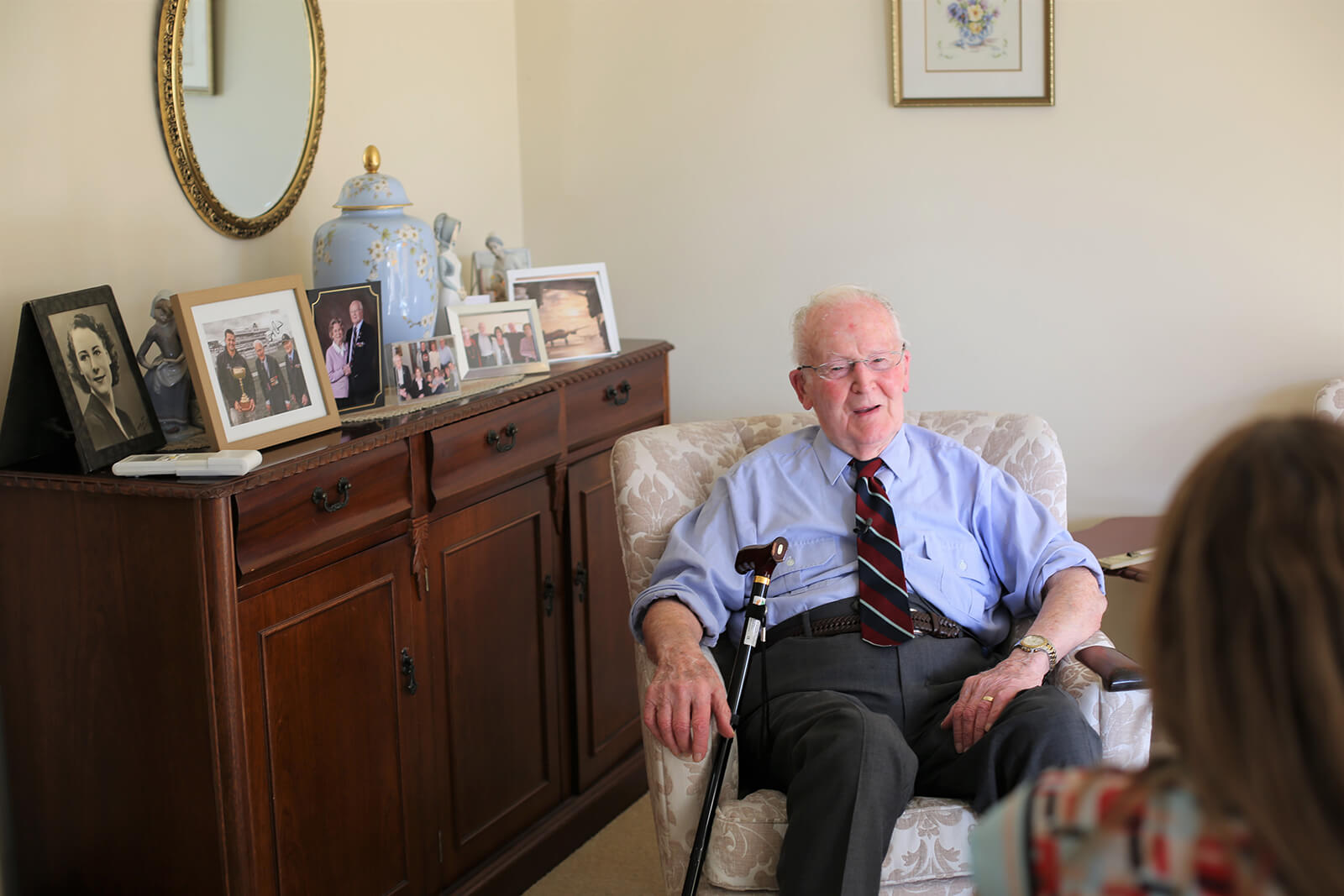 Jack being interviewed by Donna-Marie Lever from TVNZ. His late wife Molly is featured in the photo on the far left.

Jack features in the eighth edition of Ryman Healthcare's Stories of Service tribute book, which is now available in Ryman villages, libraries and RSAs.

This special commemorative book, featuring the wartime memories of 62 Ryman village residents, has been produced to tell our residents' stories of wartime service and mark ANZAC Day in New Zealand and Australia.

Two other Anthony Wilding residents featured in the book are Heather Haylock, aged 100 and Allan Reynish, aged 97. Heather served as a nurse aid from August 1942 to April 1946 with the New Zealand Voluntary Aid Detachment, and the New Zealand Women’s Army Auxiliary Corps. Allan enlisted in 1944 and joined the 26th Battalion and the 27th Machine Gun Battalion.