To say Jenny and Roy Hardie were excited about their son Terry’s return would be a massive understatement.
The couple, who live at Ryman Healthcare’s Jane Mander Retirement Village, were up at the crack of dawn on Monday to drive down from Whangarei to Auckland and meet him at the airport.
“I was too excited to sleep anyway so it was no problem getting up early,” laughs Jenny.

The last time they saw their older son was in June 2019 when they flew out to California to spend time with him.
This time, Terry was flying in from San Francisco, via Los Angeles, a 22-hour trip all up which touched down at 7.45am.
A tension-filled hour later, he finally walked through the arrivals gate.
Showing their sense of fun and humour, the pair wrote ‘Welcome Terry’ on their face masks as an extra welcoming gesture as they leapt up to wrap him in their arms.
“I don’t know whether to laugh or cry,” said Jenny, her smiling eyes shining with tears.
Matching her smile beneath his mask, Terry described the first hug as ‘magic’. 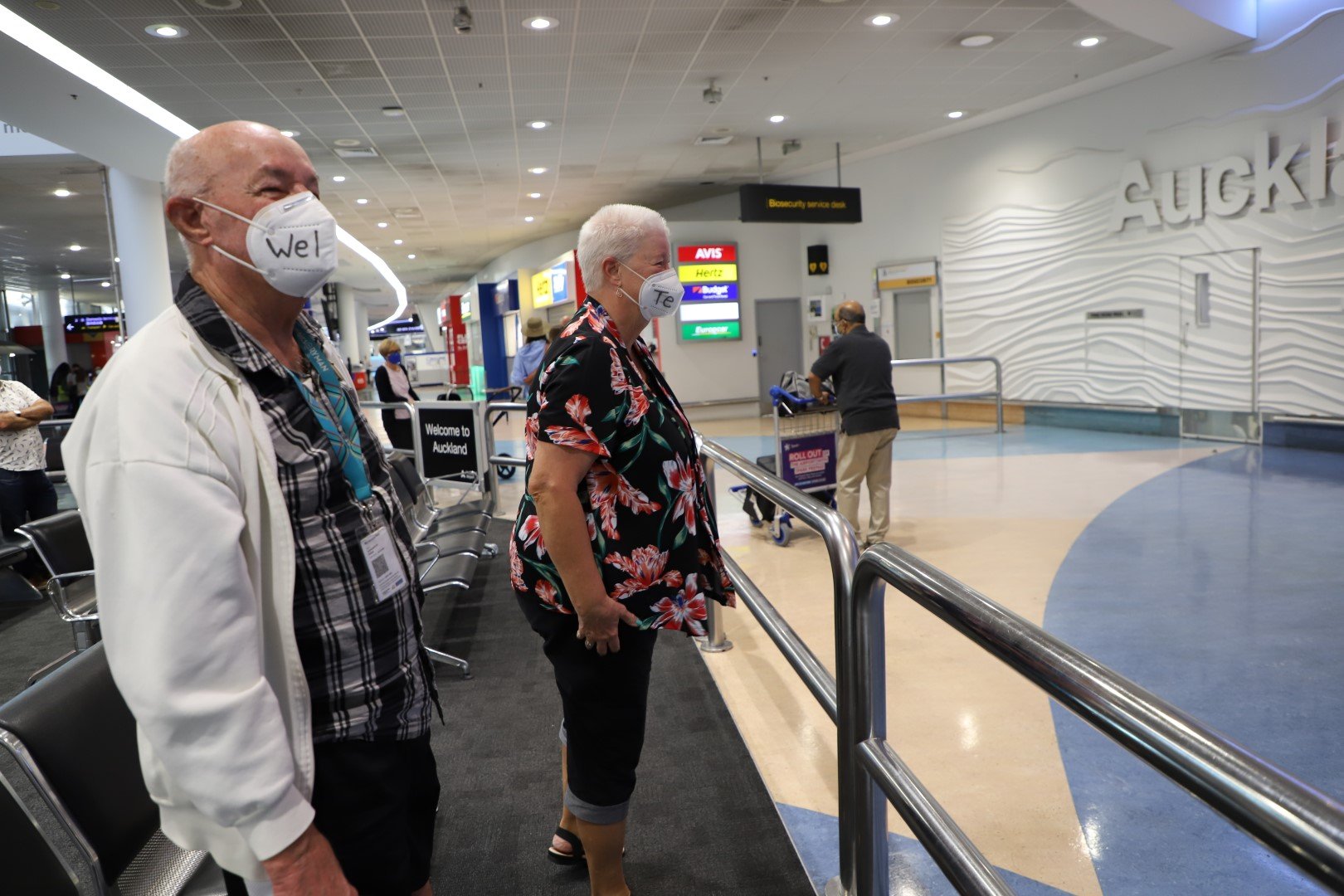 Leaping up at the first glimpse of Terry....

Terry 'smising', or smiling with his eyes behind the mask, at the sight of his parents 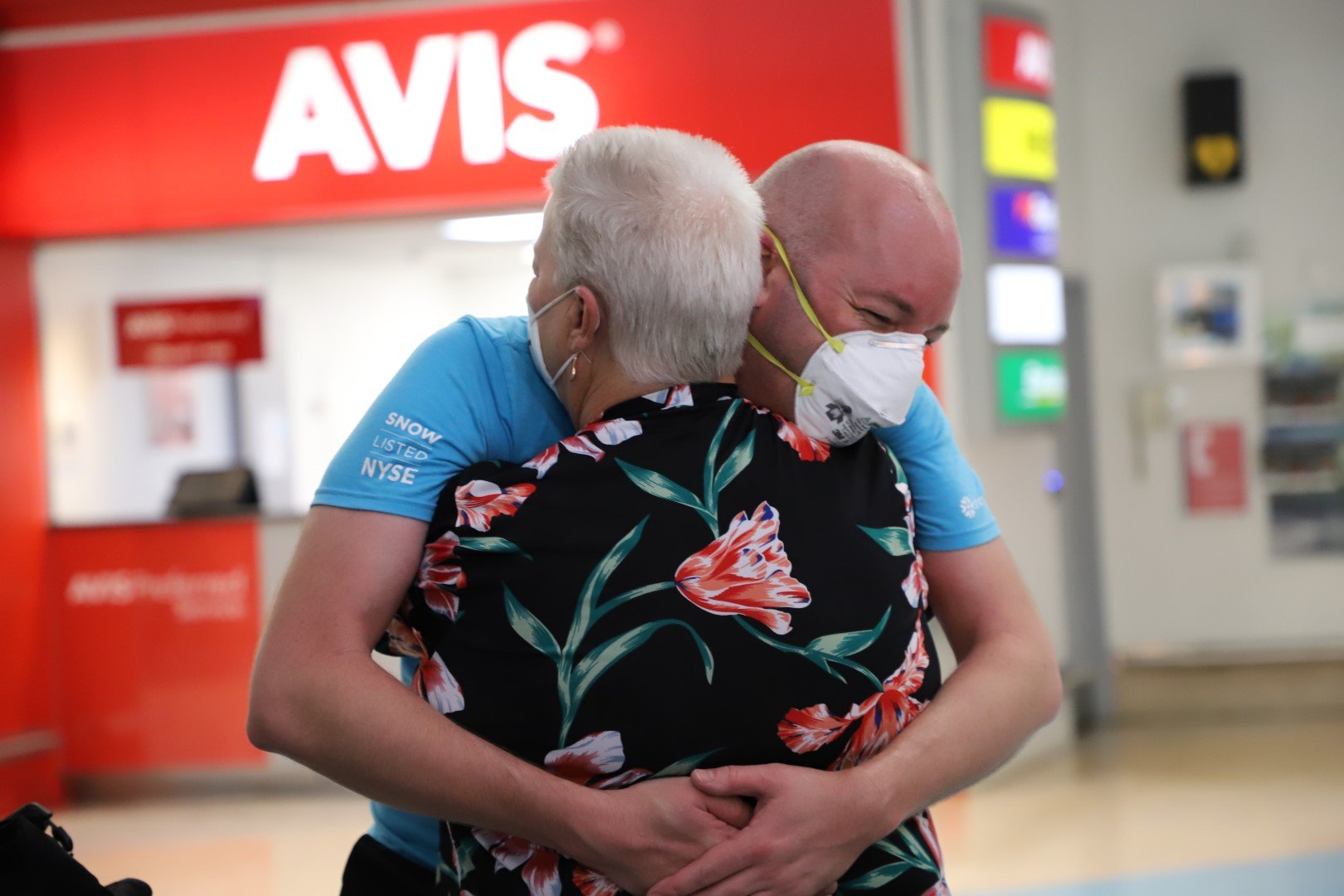 That first hug is so special...

Jenny and Roy, who have lived at Jane Mander for two years, were making Terry’s favourite sausages and mash for dinner that night and had already ordered the pizzas for a pizza party for Terry the following day, with an extra big batch of Jenny’s delicious Baileys made specially as a treat for the occasion.
The couple plan to introduce their son to their neighbours in their part of the village, who, due to being at the top of the hill, call themselves the hillbillies!
IT consultant Terry is over in New Zealand for just over five weeks. As a trustee for the Orca Research Trust based at Tutukaka he will be busy with work commitments for them in the mornings as well as spending time with Jenny and Roy.
Between them, Terry and his brother Tony have lodged 38 patents for technology-related developments.
“We are so proud of him and Tony,” said Jenny.
“We are travelling back with Terry to the States on 3rd May for two months so that we can visit Tony and our twin grandchildren in Seattle.”
She added: “I’m just buzzing at the moment. I have to pinch myself that he’s actually here with us. Both Roy and I are feeling really good!” 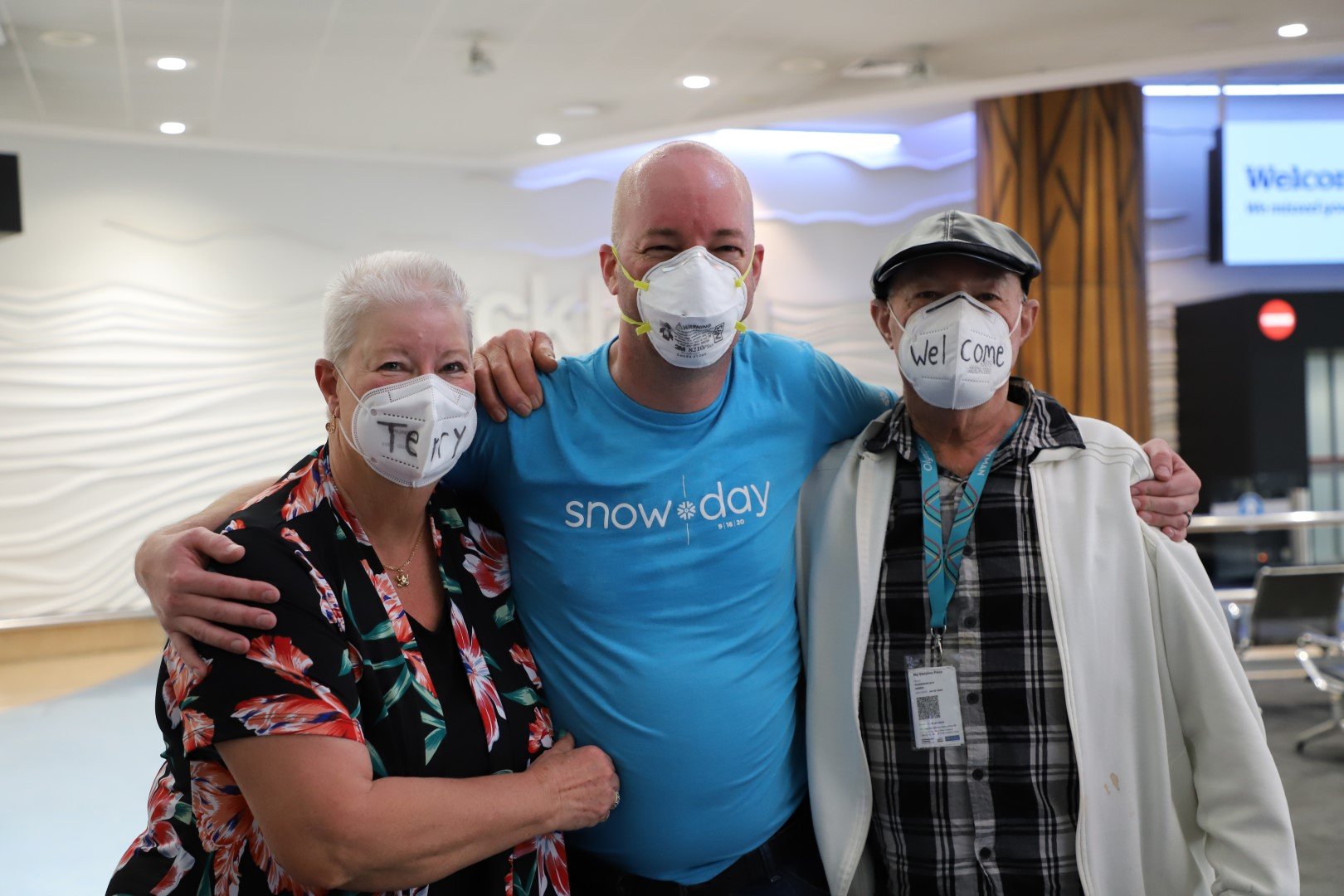