We hugged and we cried, but we had to leave ...

As the RSA, this year salutes women who served in the New Zealand military, we acknowledge and honour, Jean Sandel Retirement Village resident, Dorothy Withell, 98, who risked her life saving soldiers in one of the greatest military evacuations in history: the evacuation of Dunkirk, codenamed Operation Dynamo.
Dorothy was neither a New Zealander, nor in the military. She lived in England and at 17 was too young to join up, but the plucky young trainee nurse didn’t give a second thought to ‘doing her bit’ when she was called upon to help.
It was May 1940 and large numbers of Allied troops were in dire peril, cut off and surrounded by German troops. Winston Churchill called it a “colossal military disaster” as the trapped French, Belgium and British Allies faced possible defeat in the northern coast of France.
Evacuation across the English Channel to Dover, seemed the best course of action and Dunkirk was the closest suitable port.

It was chaotic and because of wartime censorship and a desire to keep up the British morale, the full extent of what was happening was not initially publicised.
The Luftwaffe heavily bombed Dunkirk and the RAF were providing protection for the Royal Navy.
The call went out for help as small craft were called upon to ferry the trapped soldiers from the beaches to the larger ships in the harbour. They became known as the ‘little ships’ who came to the rescue in their hundreds.
Meanwhile, Dorothy was on holiday visiting Weymouth beach in Dorset, enjoying a paddle in the sea.
But the day at the seaside ended abruptly when she was commandeered by the British Army and sent off in a small boat with three sailors and a case of bandages to help bring the boys home. 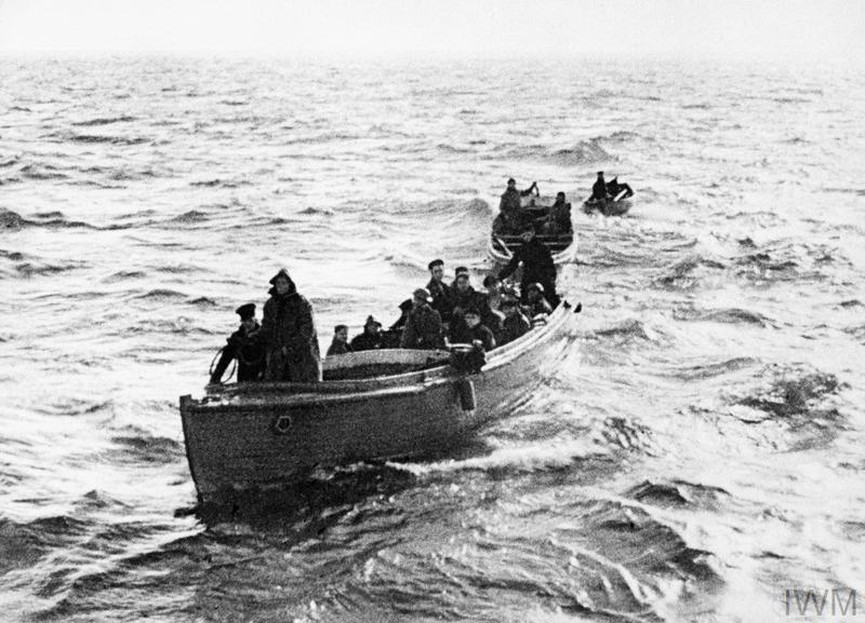 “I wasn’t scared,” she said, “I was full of confidence! Being 17 of course, I knew everything.”
Dorothy spent three days crossing the Channel with injured men being piled onto her boat and cared for their injuries.
“I’m not sure how many times I did it and I don’t remember spending a penny, eating, or sleeping.
“I was right out of my depth, but I did what I could. I think just seeing a young British girl - and I wasn’t too bad looking in those days - must’ve helped, given them a boost.”
After the third day there were heavy air attacks and it was deemed too dangerous for her to continue so she was sent by train with the injured in charge of taking them to various hospitals in the south of England.
“Leaving troops in France to be captured was heart-breaking. Most of them were not much older than me. We hugged and cried but we just had to leave. We couldn’t get any more on board. We knew they would be taken prisoner. It was terrible, terrible.”
Over 338,000 British and French troops were safely evacuated from Dunkirk between May 26th and June 4th, 1940.
The memories of evacuation will never leave Dorothy. She has written them down for her family.
“I do think for young people it’s worth knowing what went on, but I wouldn’t want them to go through that. I hope there is never a war like it again.”

Jean Sandel Residents village residents revelled in a double celebration this week, ecstatic to receive a trophy to hono...