When Warren Barrett was set the challenge of building a Santa sleigh to put on display at Edmund Hillary Retirement Village he immediately agreed.
The resident of nearly seven years has been running the village workshop for the past three years and has already proved he can come up with the goods when needed.
He’s built props for the village’s theatrical group productions, including a London taxi cab – well half of one! – a water tank for an Aussie outback scene and even an Eiffel Tower.

And there’s a never-ending list of requests for furniture repairs or rejuvenations and even a batch of Rummikub racks for the local Probus group.
But the Santa sleigh proved to be the most ambitious yet.
“It was the first time I have tried anything like this but I thoroughly enjoyed it. It was a challenge,” says Warren, a former motor mechanic turned ground engineer who worked for Air New Zealand for 32 years.
He first drew out the design on paper then, using a grid, transposed that onto a large sheet of plywood.
It wasn’t long before the project became too big even for the workshop!
“I had to use my car parking space to work in!”
Then he found an existing pattern for Rudolph and whipped that up in no time to go on the front of the sleigh.
“Once I had painted it in the basic colours, the village team took over and added the bling, in this case tinsel!”
The sleigh has lights around the outline to show up at night and the finishing touch is some lights for Rudolph so he shows up too.
Warren estimates he has spent two to three hours a day over the last four months working on the project in some way or other.
His wife Judy is ‘very obliging’, he says. “It gives her peace because I’m down there working on it!”
He was also quick to credit the residents and visitors who helped with some of the awkward or heavy lifting and gave a big shout out to one resident in particular.
“One of our resident artists, Glennys McGlashan, painted the eyes and ears on Rudolph which really brought him to life so I’d like to thank her specifically,” he said.
The sleigh, complete with a red-nosed Rudolph pulling it along, was lifted into place near the village duck pond last week and Warren has been blown away by the reaction to it so far.
“It’s incredible the comments that have been made, everyone keeps asking me ‘are you the one that made that??!’
“They’re calling me ‘the reindeer man’ now,” he laughs. 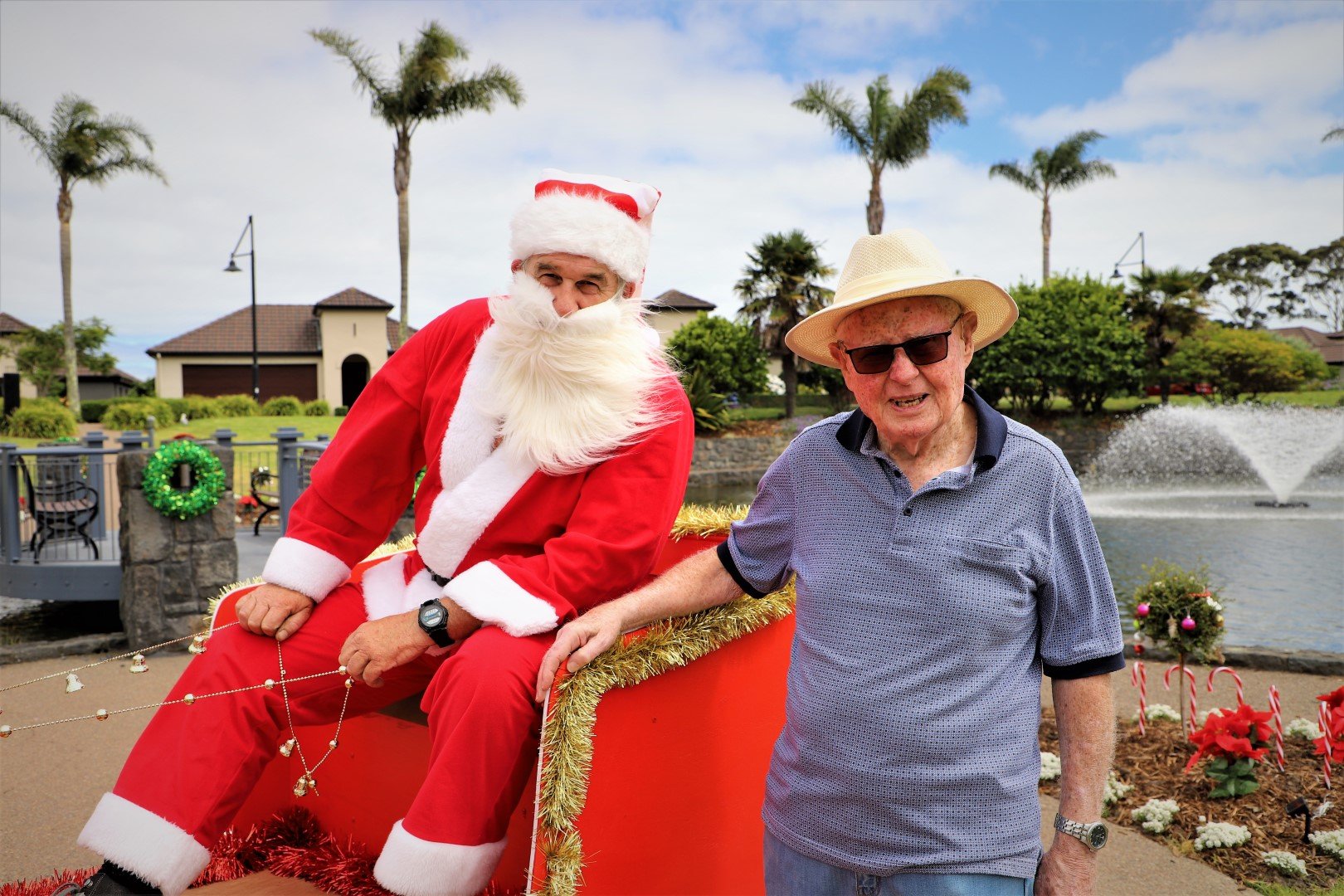 The best moment was seeing the reaction from a fellow resident’s great-grandchildren.
“These two little girls, one aged three and the other one about two years old came around the corner and as they saw the sleigh their faces just lit up.
“They charged down and climbed on board the sleigh, picked up the reins and flicked them at Rudolph, it was just delightful.
“The final thing that really did it for me was when they climbed off and grabbed some grass and tried to feed Rudolph.
“That was everything to me. It made all the hard work worthwhile,” he beams.
Not that Warren is resting on his laurels yet.
“They’re already working on next year’s challenge for me but it will be hard to top that one I think!” 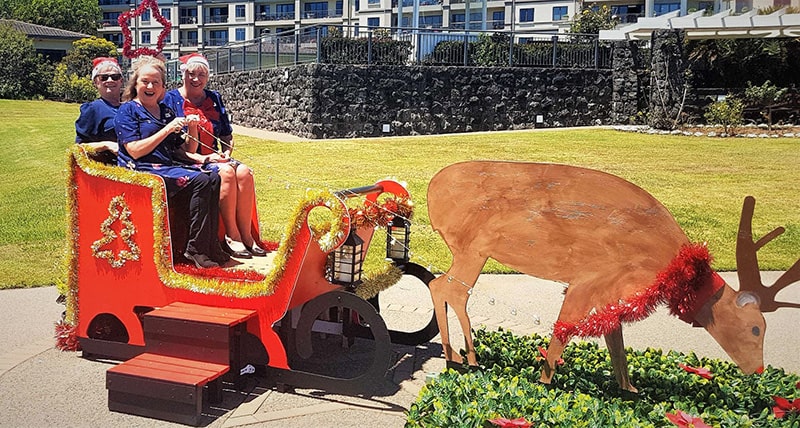