Polly Milnes once sailed the high seas with her husband; now she is taking shelter from the Covid storm in Charles Upham Retirement Village.

Her bid to find security in a pandemic world is part of a trend since Covid-19 loomed.

“We found that during, and immediately after the lockdown, the number of inquiries about moving to a retirement village dramatically shot up,” he says.

“It was not only from intending residents, but also from their kids, who were worried about their parents living in the family home during a time of lockdown, and seeing the problem of mental health, which older people in the community suffered.”

As Omicron looms, the same principles of concern and safety remain, two years after the initial outbreak. 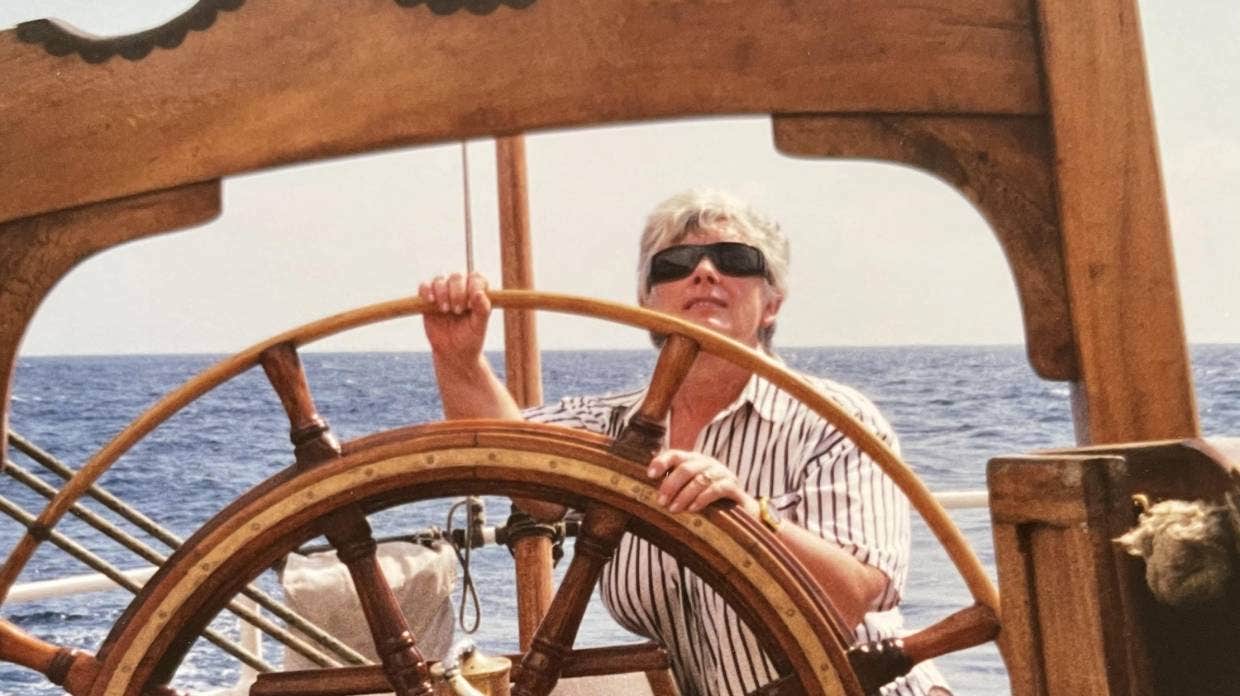 Polly at the helm in her sailing days

Covid prompted Polly to take the step years earlier than intended, she says.

“I moved into this nice bungalow, and I had lovely neighbours and everything was all hunky-dory until we got Covid,” she says.

“My step-son and his partner are over at Akaroa and when we got locked down I was in nobody's bubble,” she says.

“The neighbours are lovely. But they were in their own family bubbles. I found it very lonely. The more I thought about it, the more I thought to myself I’m going to have to rethink my life.

“I'm sure what I have done now would have happened eventually [but Covid] has made me rethink and just brought forward my actual original plans.”

And Polly was far from alone in her rethink. She’s so far from alone that she had to wait eight months for a Charles Upham townhouse. Her friend Margaret found an assisted-living apartment more quickly.

“We moved for the same reason, feeling that we wanted to be in a caring community. Similar people under an umbrella of security, that's the main reason that I've moved,” Polly says.

“I still have my independence, but there's somebody here if you need any help,” she says.

“Covid could get in here, who knows? But you're in a community, you're not battling or wallowing around on your own. You feel part of a team, an old team, but a team.”

After years sailing with her husband, then taking cruises, Polly has now run aground in Rangiora, with Covid curtailing her wanderlust. Her last trip was a 75-day cruise, but she’s OK with where she’s found herself.

“Somebody is quoted as saying once you're in, it’s like being on holiday with your own furniture, and I can reinforce that.”