Abandoned children at the heart of Kiwi charity’s work

Becoming a mother was the pivotal point in the life of charity founder Sue van Schreven and the driving force that led to her setting up Orphans Aid International.

That was the message delivered by Sue to residents at Edmund Hillary retirement village who had gathered to hear about the incredible work done by the charity in six different countries in the 15 years since it started.

She explained that it was through her church group that she ended up travelling to Romania and being affected by the sights she saw of abandoned children who often faced years of institutional life.

“I had two young children at home and I think I had to become a mother myself so I could really connect with what was going on,” Sue told the residents.

“I thought if that was my child there’s nothing I wouldn’t do to help them so I challenged myself – what’s stopping me from helping this child who doesn’t have anybody?”

Sue said there was one boy called Andre who particularly affected her. He was the same age as her son Daniel who was a toddler at the time.

“Andre was stuck in his cot rocking backwards and forwards and there was Daniel running around all over the place.

She added: “Andre was one of the first four children we helped. He is 18 now and we are actually going back to Romania in a couple of weeks for his graduation from high school.”

Sue said the help they provided began with them buying a house, on somewhat of a whim, and six weeks later they had kids coming through the doors.

The rate of abandonment in Romania was so bad, she said, that hospital delivery suites had locks put on them so the mothers couldn’t leave without their babies.

The reasons were complex and varied.

“There have been a lot of very young mums, maybe who are still children themselves or were brought up in orphanages,” she said.

“We have a lot of children whose parents are in prison or they’re incapable.”

“We also help children in Russia, China, the Philippines, Thailand, India, Nepal and Uganda and the reasons vary from country to country,” she said.

“The number of orphans varies too. Worldwide there are said to be 150 million orphans which could mean children who have been abandoned, but of those who have actually lost both parents the number is said to be 17.8 million.” 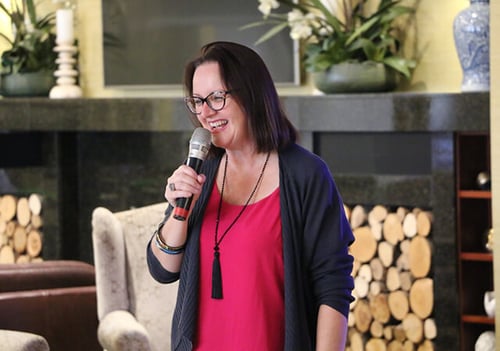 Back in New Zealand the fundraising started, with the good old sausage sizzle being the favourite.

“My husband worked as a firefighter out at the airport and I would take him sacks of onions to chop up so we could keep the sausage sizzle going!” Sue said.

The charity has a number of shops around New Zealand selling ethical goods such as yak blankets, coffee and homewares with the proceeds going to help children.

“We do quite a bit with Syrian and Colombian children coming to Dunedin and Invercargill and also Women’s Refuge and pregnancy help groups.

“Wherever there’s a need that’s a good fit for us we want to help as much as possible.

“I’m all about caring for the child who has nobody and rescuing children in need who have no one to care for them or no hope.

“The work we do also looks at ways to stop children being abandoned in the first place.”

For more information about Orphans Aid International you can visit their website at www.orphansaidinternational.org.