The Hon Dr Ayesha Verrall visited Malvina Major Retirement Village recently in her role as Minister for Seniors.
She was invited to the village by the residents and was accompanied by local Labour MP for Ōhāriu, Greg O’Connor.

Minister Verrall told the residents that up until recently she had been a Wellington Hospital doctor, and although she saw seniors at a difficult time in their life in hospital, she never really understood what their homes and their lives were like.
Now that she is an MP she gets out in the community and meets people in their own home and environment so has a much better understanding of the issues and challenges people face. This is essential when making decisions that affect people’s lives.

The Minister said she would class the Minister for Seniors as an advocacy role within government.
She told the audience that by 2034, we expect one fifth (1.2 million) of New Zealand’s population will be over 65 years of age and almost 180,000 will be over 85. New Zealanders are living longer and healthier lives.
Her work is to support older New Zealanders and we need to plan and prepare for this aging population.
Speaking in her Associate Minister of Health role, Minister Verrall acknowledged the Covid-19 pandemic has been anxious time for seniors, especially seeing the impact it has had in many aged care facilities overseas.
She said there has been a tremendous amount of work to ensure seniors are kept safe in retirement villages and aged residential care settings, and that meant being cautious for some time when residents could not meet their loved ones over the lockdown.
She believes we have good reason to feel hopeful about things returning to normal. The New Zealand Government has secured the Pfizer vaccine which has shown excellent results in clinical trials and the Minister is pleased it will be offered to everyone in the country but is particularly pleased to offer it to seniors.
She has been working to make sure those over 65 have been prioritised in the rollout.
“The Pfizer vaccine is the best vaccine; this is the biggest vaccination programme in our country’s history and it will be free to everyone,” she said.
The vaccine is about protecting yourself and all of those around you as well.
Minister Verrall has also been working on the implementation of the Better Later Life – He Oranga Kaumātua Strategy to provide our aging population with a better quality of living and to ensure they have valued, connected, and fulfilling lives. She also emphasised the need to plan for retirement well before you turn 65.

In her Associate Minister of Health role, Minister Verrall is excited to be implementing the plan for an Aged Care Commissioner. The role will be designed to help coordinate a system-wide response to addressing problems in the sector.
“There will be one clear point of contact responsible for listening and addressing quality and safety issues in the sector. My hope is that an Aged Care Commissioner will be able to provide greater influence in leadership. It will help drive change where it is needed.”
Over the last two years Alzheimer’s NZ, Dementia NZ and NZ Dementia Foundation have developed a Dementia Action Plan to improve dementia services in New Zealand. The Ministry of Health has worked alongside them during the development of the plan.
“Almost 70,000 New Zealanders are living with dementia today, and more than 170,000 are expected to be living with dementia by 2050.”
The plan has four objectives: reducing dementia through prevention, supporting people living with dementia and their families to live their best lives possible, build accepting and understanding communities and strengthening leadership across the sector.
The Minister spoke to the audience of around 80 residents and stayed to answer their questions. 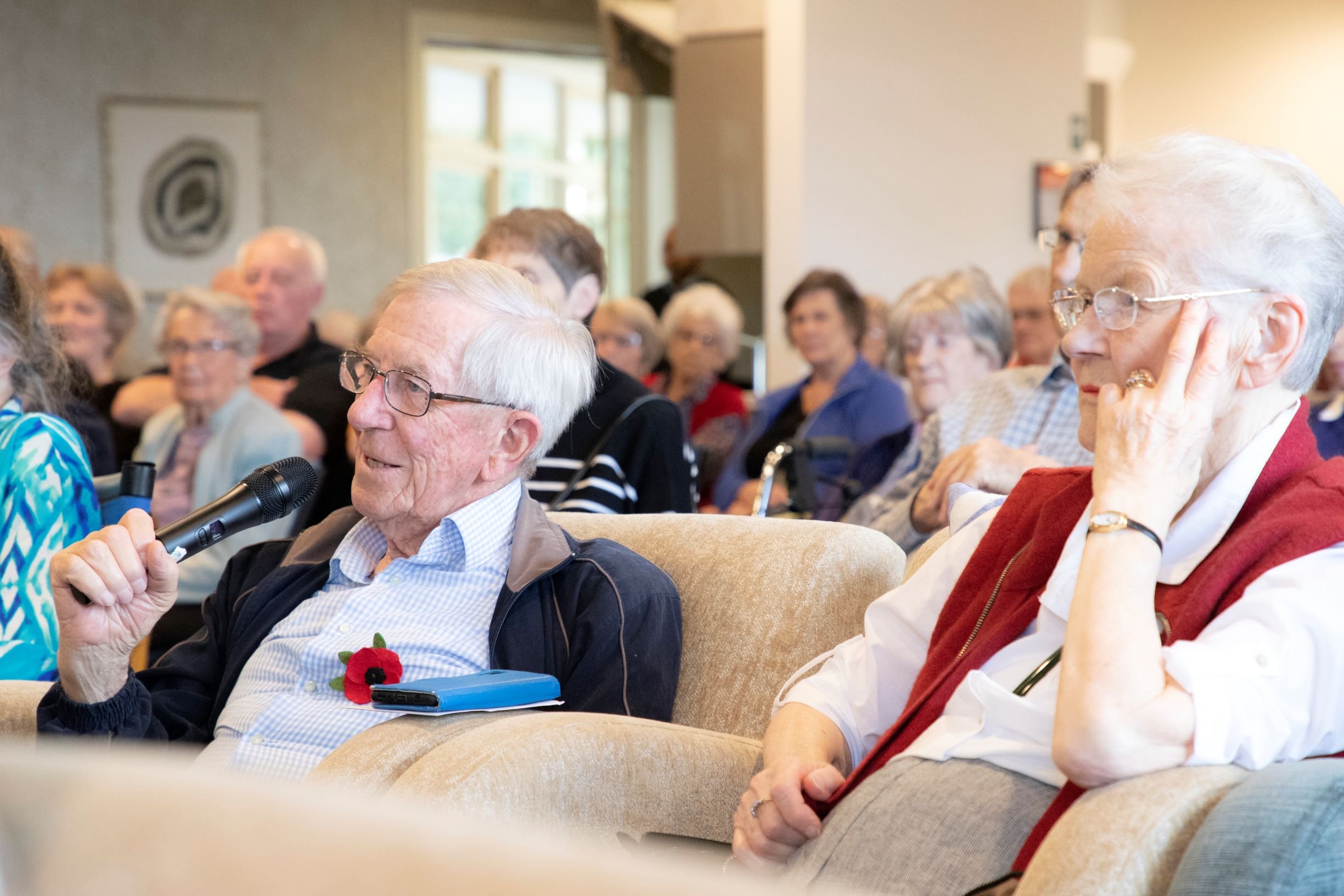 “I’m visiting retirement villages and aged care facilities around the country as my commitments allow and I am looking forward to leading this work as Minister for Seniors and supporting older New Zealander’s to lead valued connected and fulfilling lives.”