Cashin Scholarship will help Lily to achieve her goal

When Ryman Healthcare Architectural Graduate Lillian Elliott heard she was the winner of the 2022 Cashin Scholarship, she admits she was a little bit speechless.
“I was blown away to be honest. Because I know that a lot of people applied and I’m sure they’re all deserving.
“I felt really honoured to be picked out from all those people by the Cashin family.”
She adds: “It’s an incredible initiative by Ryman and a great way to honour Mike and continue his name.”

Lillian, or Lily as she is known, has worked for Ryman for three years, initially with the interiors team in Christchurch.
Having already achieved a degree in Spatial Design with honours, she worked part time to add a Bachelor of Architectural Studies to her qualifications, transferring to Ryman’s Auckland office during that time.
“I always knew I wanted to do a Bachelor of Architectural Studies and I thought Covid would be a good time to upskill so I transferred to full time study, part time work.
“I think it’s a good thing to do study on the side, you gain a lot of skill.”
Impressively, Lily achieved her second degree in a semester as a good portion of it could be cross credited from her original degree.
But she had more goals to achieve in order to fulfil her dream of becoming a Registered Architect, which began last year when she signed up for a Masters of Architecture.
She was inspired to apply for the Cashin Scholarship having read about it at the office and on Rymania.
Finding out that she had been awarded a $5,000 cash injection has had a galvanising effect.
“Work became a bit busier in 2021 and took priority and so the scholarship has really encouraged me to pick up the study again.”
Lily has five years to complete the Masters as she is studying part time. And because she is also working part time, the extra cash provided by the scholarship is a massive boost financially.
“That will cover the cost of five papers,” says Lily. “This really helps.”
Lily has now progressed to the role of Architectural Graduate at Ryman, all the time appreciating how her work at Ryman complements what she is learning in her studies. 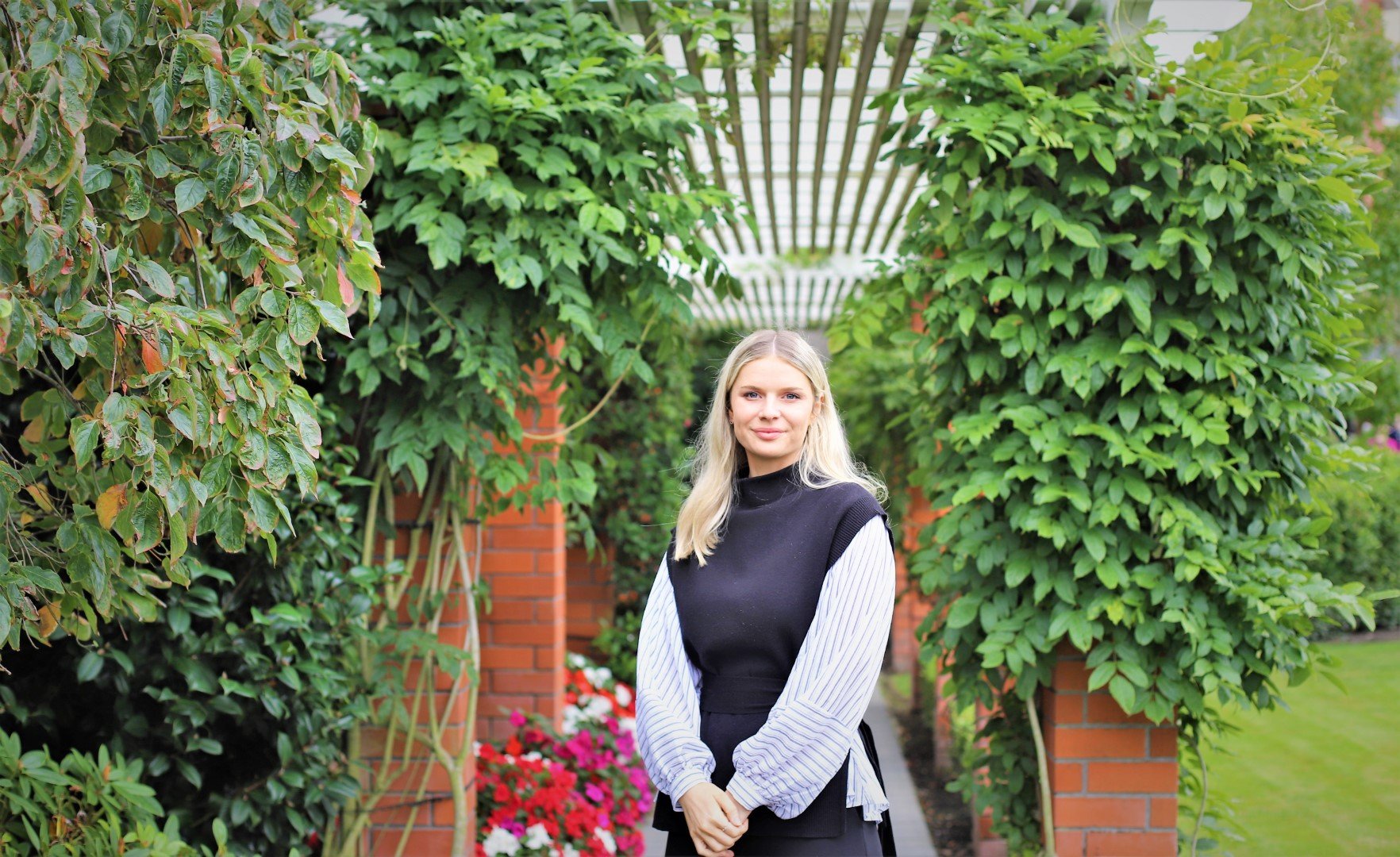 “The most recent project I’ve been working on is with the refurbishment team project leading a major refurbishment at Diana Isaac,” said Lily, who was photographed at the village (above).
“It really helps because both work and study feed into each other. The skills I’d learned at Ryman I could apply to my studies, and vice versa such as the operations of a business, the engineering elements of architecture, and the use of software programmes.
“It gave me a deeper understanding as work and uni really cross over and both inform one another.”
The Cashin family recognised Lily’s potential right away.
The Cashin Scholarship was set up in 2012 in memory of Mike Cashin, who was a Ryman director at the time of his death in 2010.
Each year Mike’s family select the winner for the $5,000 award, which is open to Ryman employees and their families who are taking on tertiary study.
Blair Cashin, Mike’s son, said the whole family agreed that Lily’s application stood out and wished her the very best in the future.
“My mum, brother and sister all landed with the same person for this year’s scholarship,” said Mike, who also thanked Ryman for its continued support of the award.
“We all loved that she wished to continue to better herself through her studies and carry it through to the next level.
“Dad was always a firm believer in continuous education and learning and we all believe that Lillian would take this scholarship and opportunity with both hands.”