Ballet stars join in Triple A fun at William Sanders

The first official Triple A session at William Sanders Retirement Village kicked off today and was such a big deal a reporter and photographer from the Devonport Flagstaff popped in to cover it.
That’s because joining the village’s very own star residents were Royal New Zealand Ballet stars Shaun Kelly and Mayu Tanigaito, who enthusiastically took part in the circuit session - as much as their respective injuries would allow.
Mayu was recovering from a torn ACL while Shaun, who even arrived on crutches, was nursing a knee injury.
But while there were no demos of the splits or high kicks today, they certainly got stuck in, and there were smiles all round.

“Unfortunately injuries like these come with the territory, but I’ve been to a Triple A class at another Ryman village so I know there are definitely some things I can do,” said Shaun, a native Scot who joined the RNZB in 2014 after a stint in Copenhagen.
Mayu started dance training in Japan and spent time in Belgium and the States before landing in New Zealand in 2012. 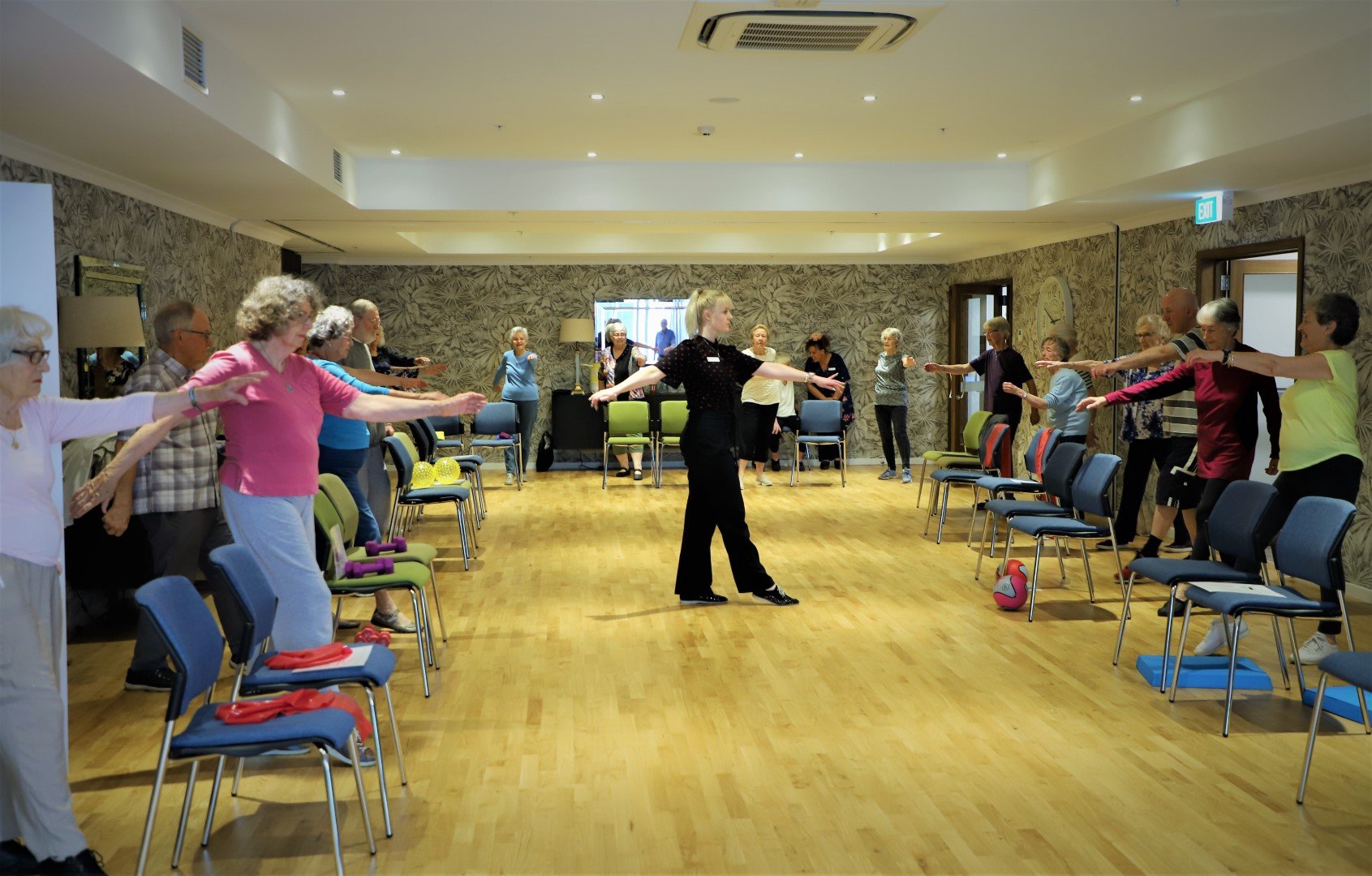 Chelsea Richdale gets the class warmed up 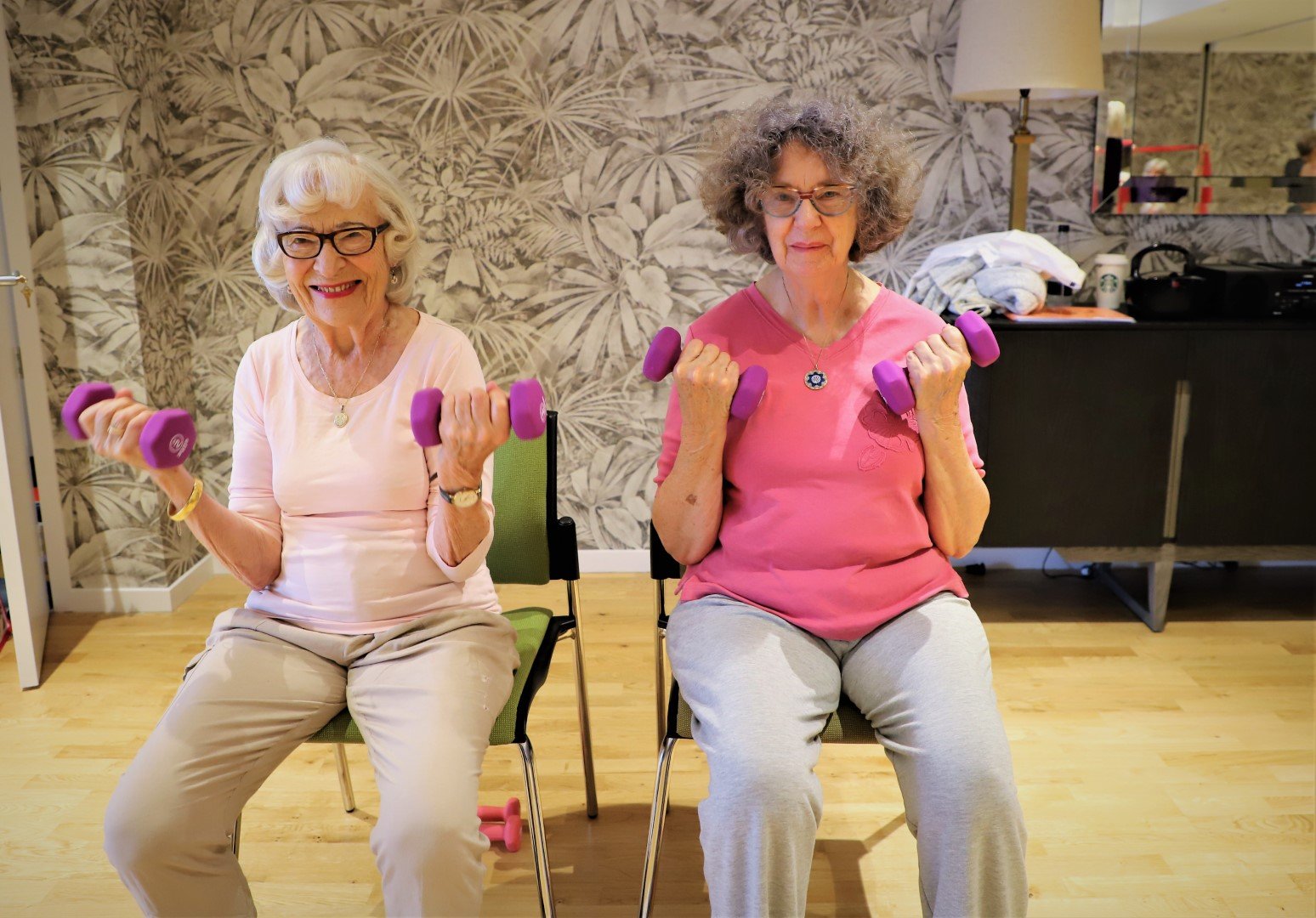 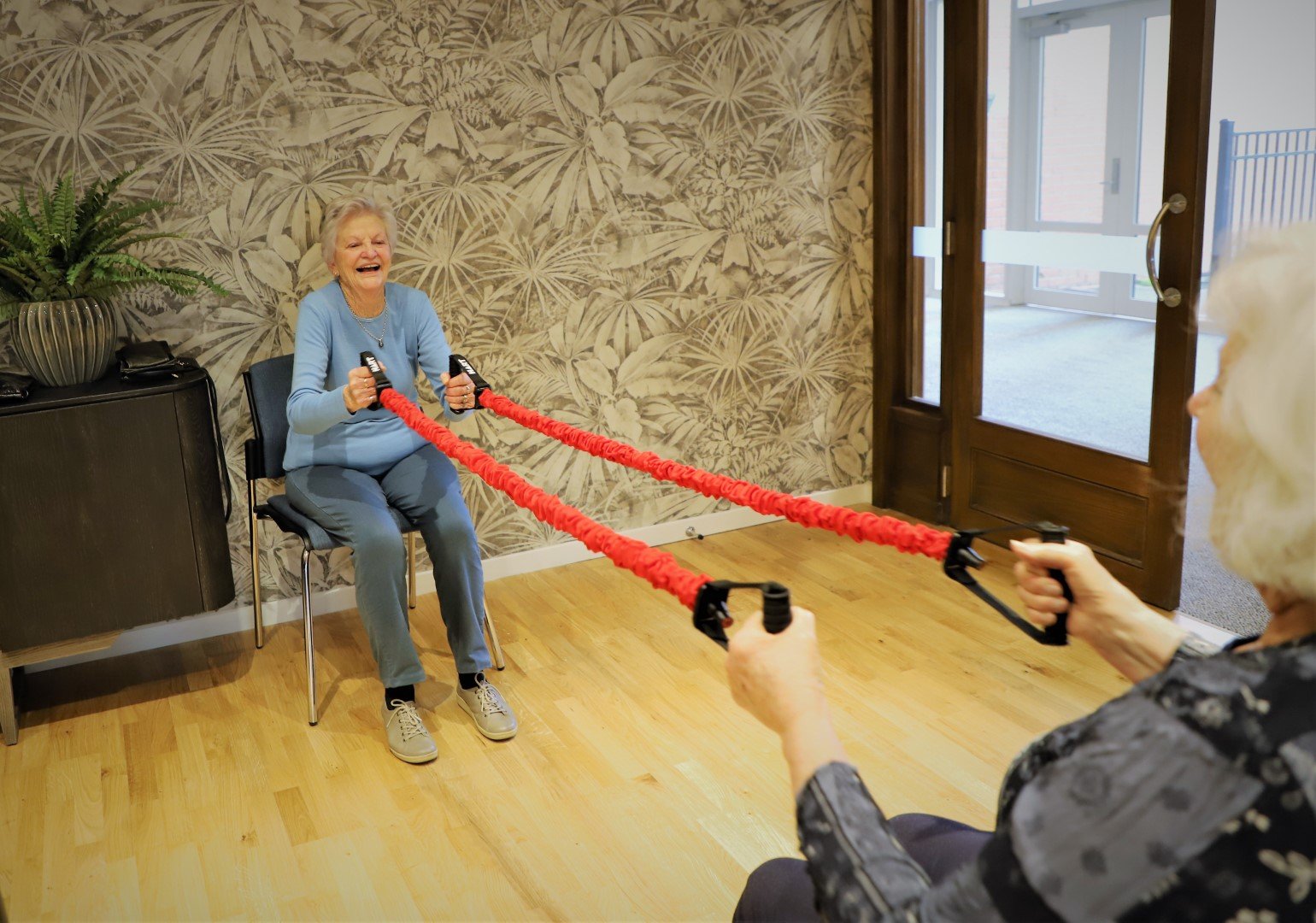 Ryman’s Operations Activity and Lifestyle Coordinator Chelsea Richdale thanked them both for joining the residents and introduced the session.
She explained how Ryman developed the programme inhouse, calling it Triple A, for Ageless, Active and Aware, and even secured ACC accreditation for it as well.
“Today we’re going to start with a circuit class where you move between stations and do each exercise for about 1.5 minutes.
“These exercises are designed to improve strength and balance as well as flexibility and agility – we really want you to challenge yourselves and most importantly have a good time!”
Resident Colleen Twine paired up with Mayu during the circuits and afterwards said she had a fantastic time.
“Coming to a class like this it makes you give all your muscles a work out which you may not do if you did it on your own.
“We’ve been looking forward to the classes starting here very much and I had such a great time doing the circuits with Mayu, she was so good!”
Shaun took a seat next to the arm raise station and offered his guidance on technique to everyone passing through.
RRodyRod 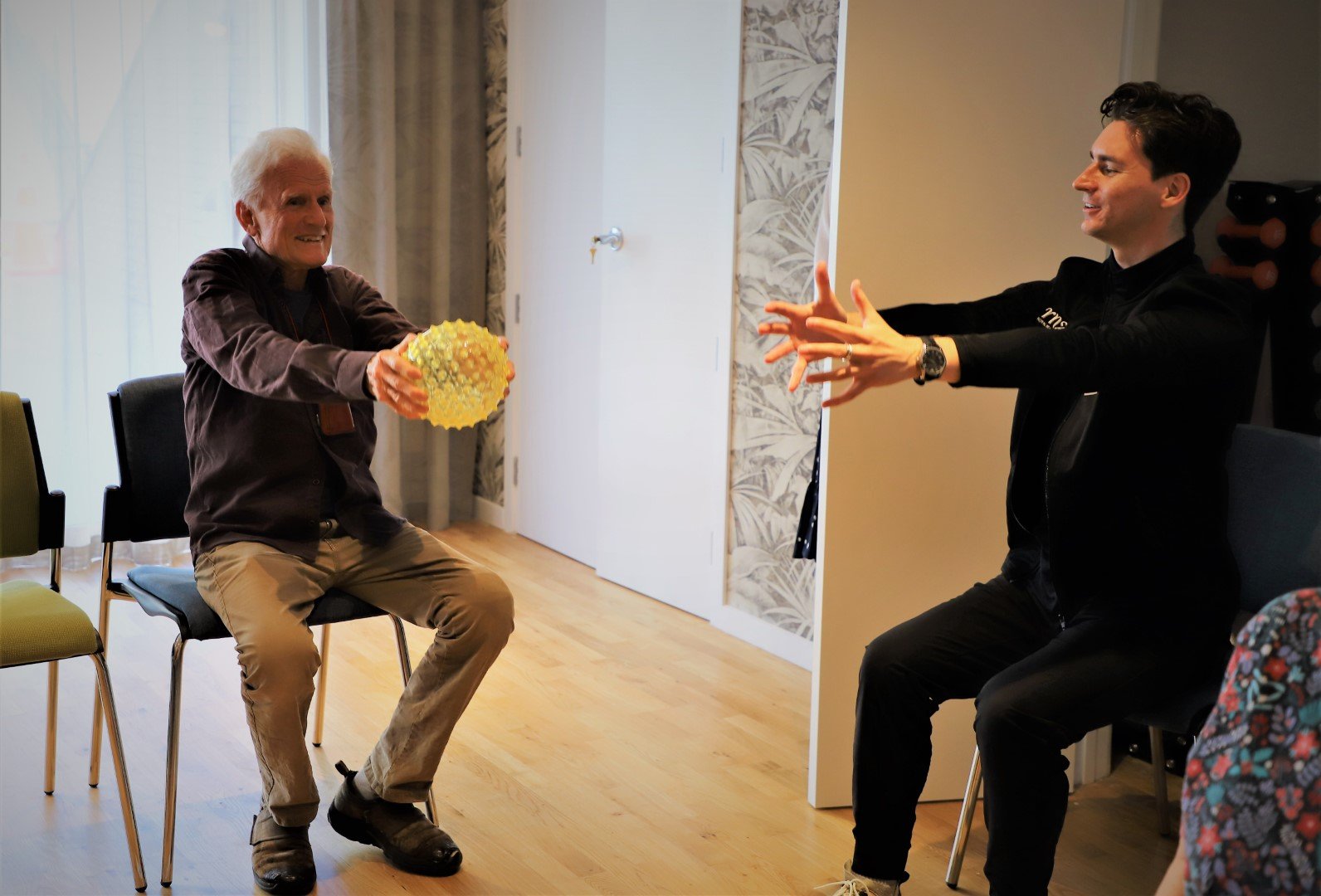 Rodney Bowen gets some tips from RNZB dancer Shaun Kelly (above) along with Linda and Pat (below). 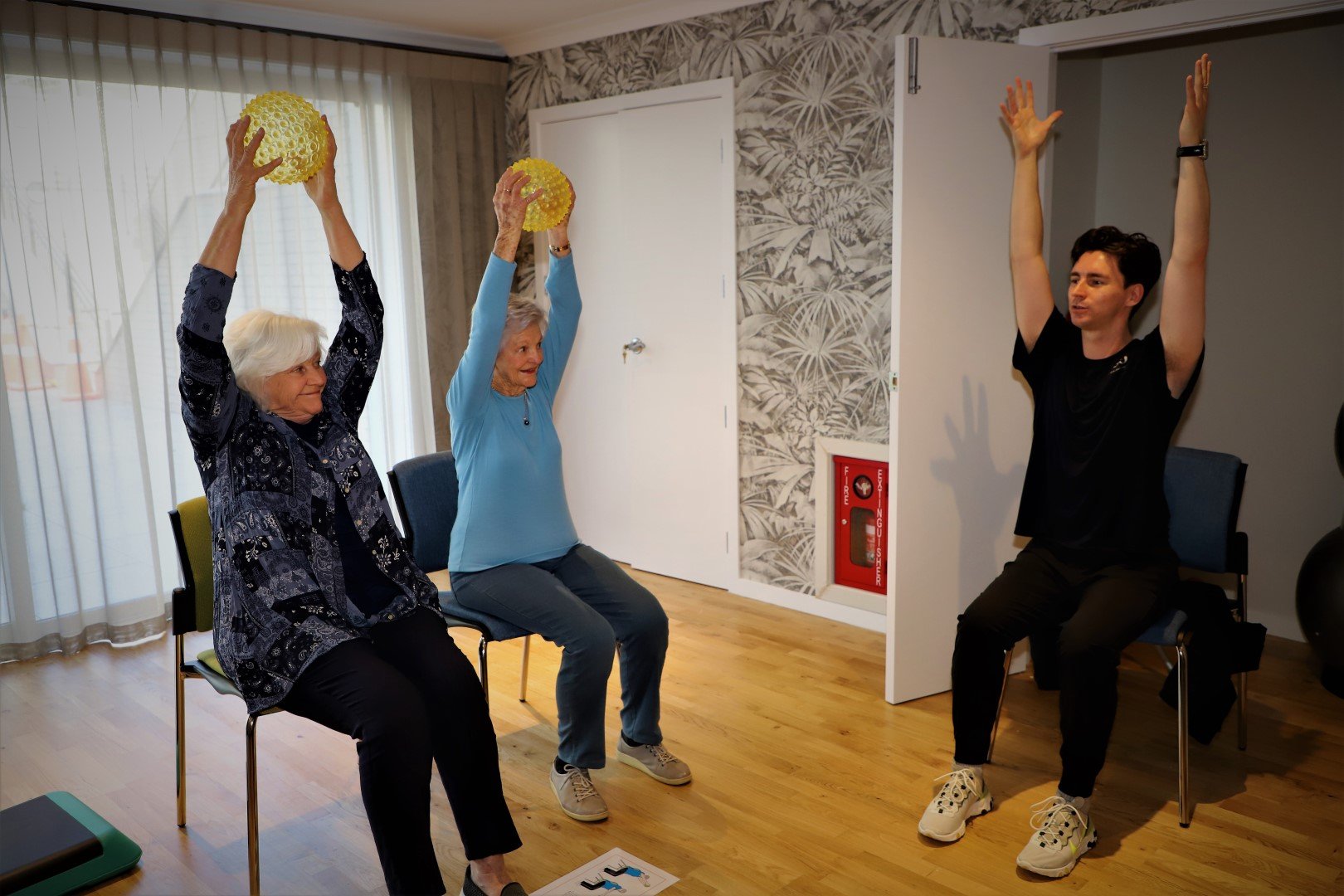 Residents Rodney Bowen, Pat McKay and Kathy Farquhar were all grateful for the advice.
Following on from the circuit class was the functional session, where newly-appointed Triple A contractor Rosie MacMorland guided the group through each exercise one by one.
The back to back classes will take place twice a week with further sessions potentially added depending on the level of interest from residents arrive. 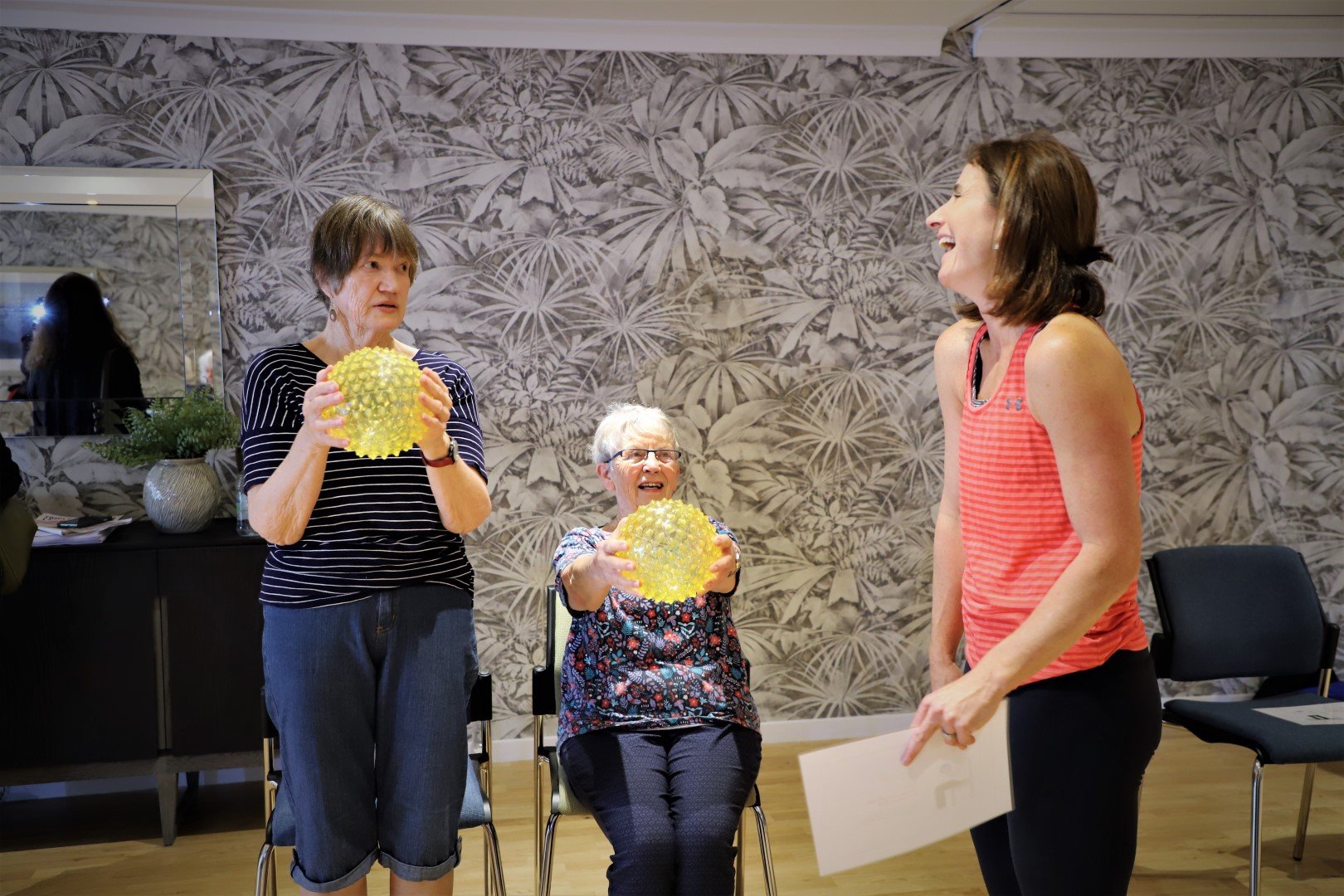 Below: No resistance to exercise from Myra (left) and Margaret Massey 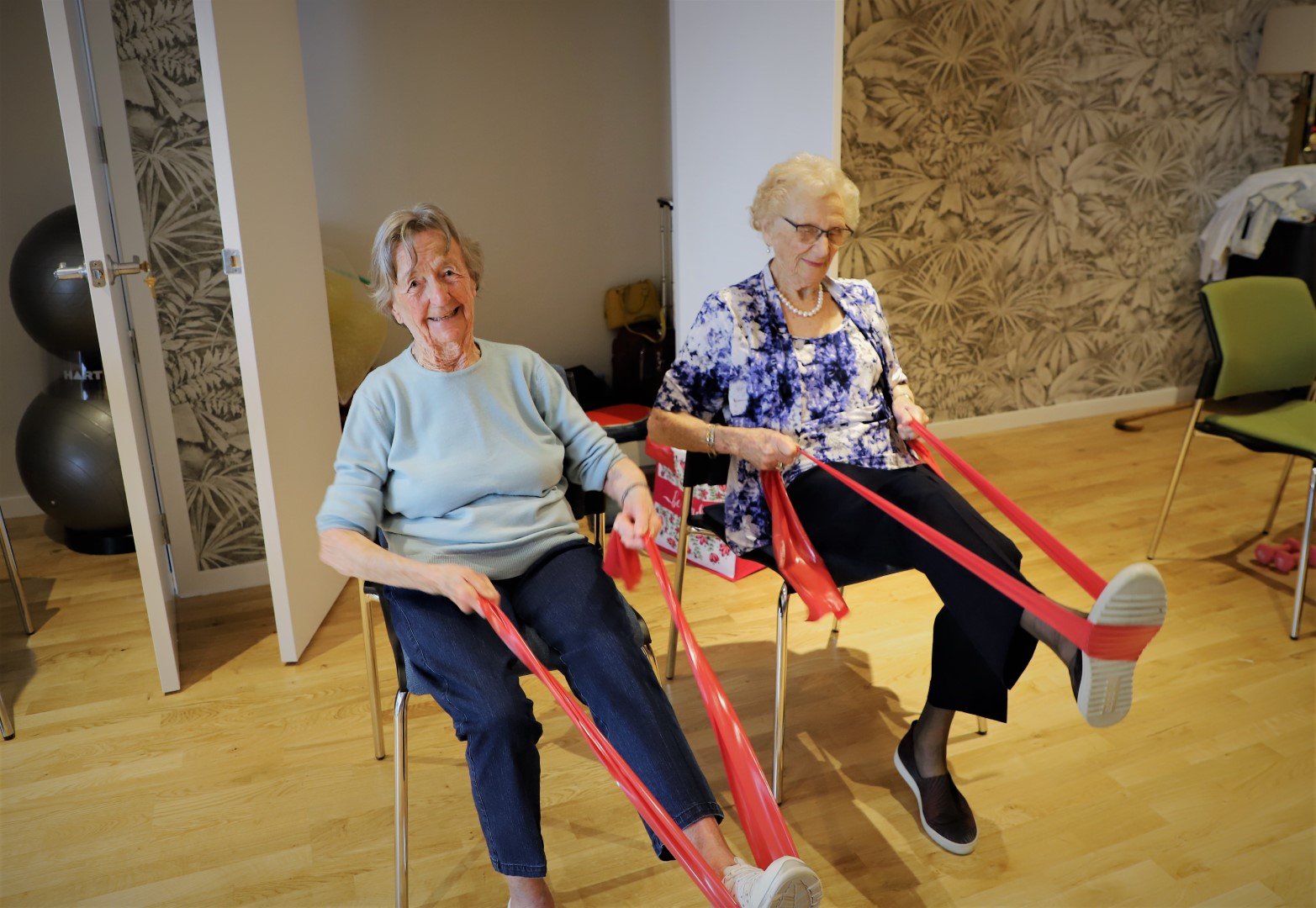 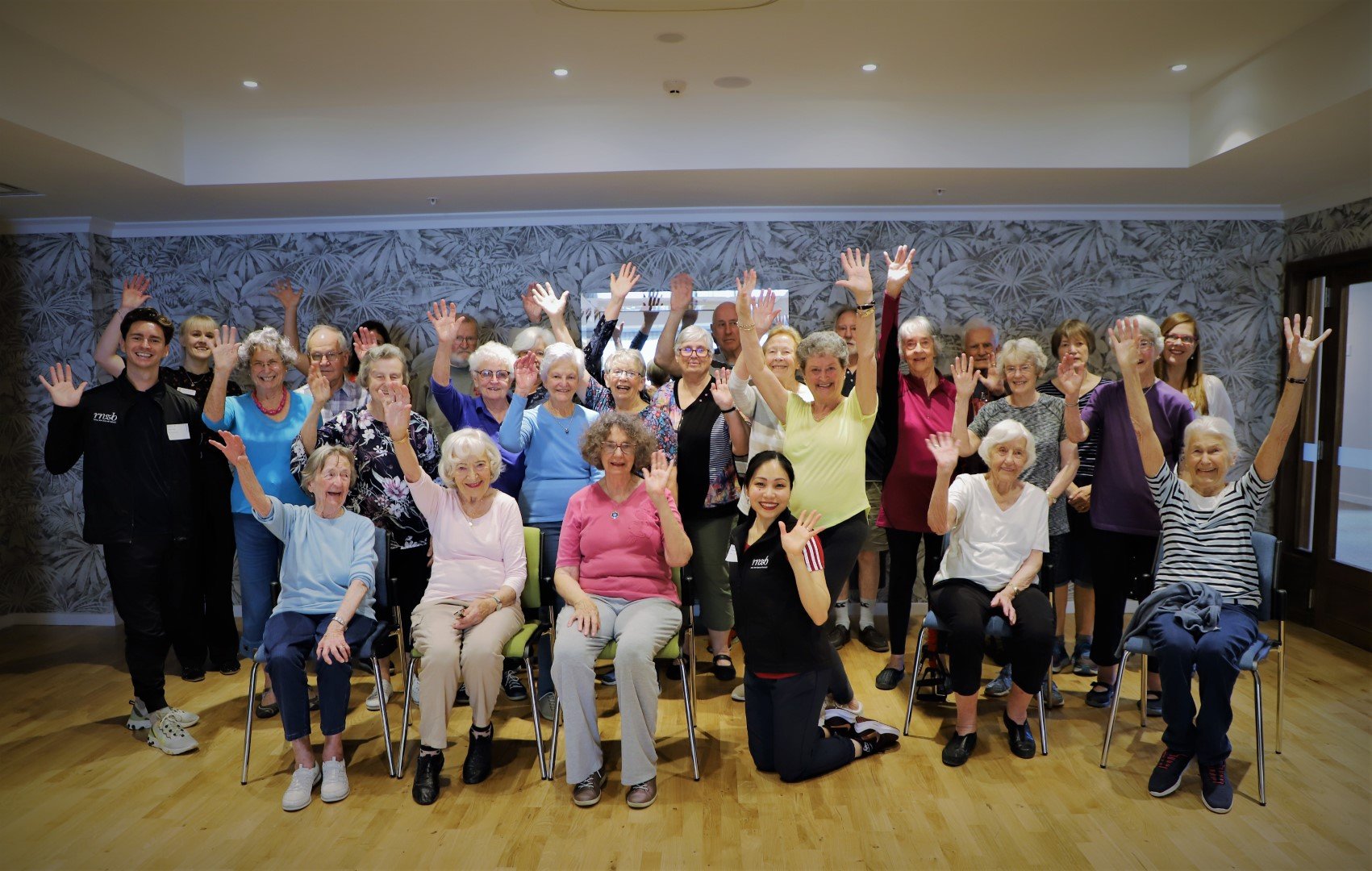 Smiles all round from the WS Triple A team