In a special Anzac Day service at Diana Isaac Retirement Village, a huge number of residents and guests gathered to commemorate those who served and fought in theatres of war.

The service commenced at 10.30am, when residents, team members and guests were welcomed by Ryman Group Chief Executive Richard Umbers. Then the National Anthem was sung by everyone.

Resident Phil Robinson, previously a priest with St Barnabas Church in Fendalton and an Archdeacon in Timaru, led with prayers and thanks, then made reference to the lives we all able lead courtesy of those who have fought overseas.

A bible reading was provided by Maggie Gubbins, and the audience enjoyed some choral highlights as the Diana Isaac Choir sang In Flanders Field.

Alister Leckie recited a soldiers’ poem, followed by a hymn Eternal Father, Strong to Save. 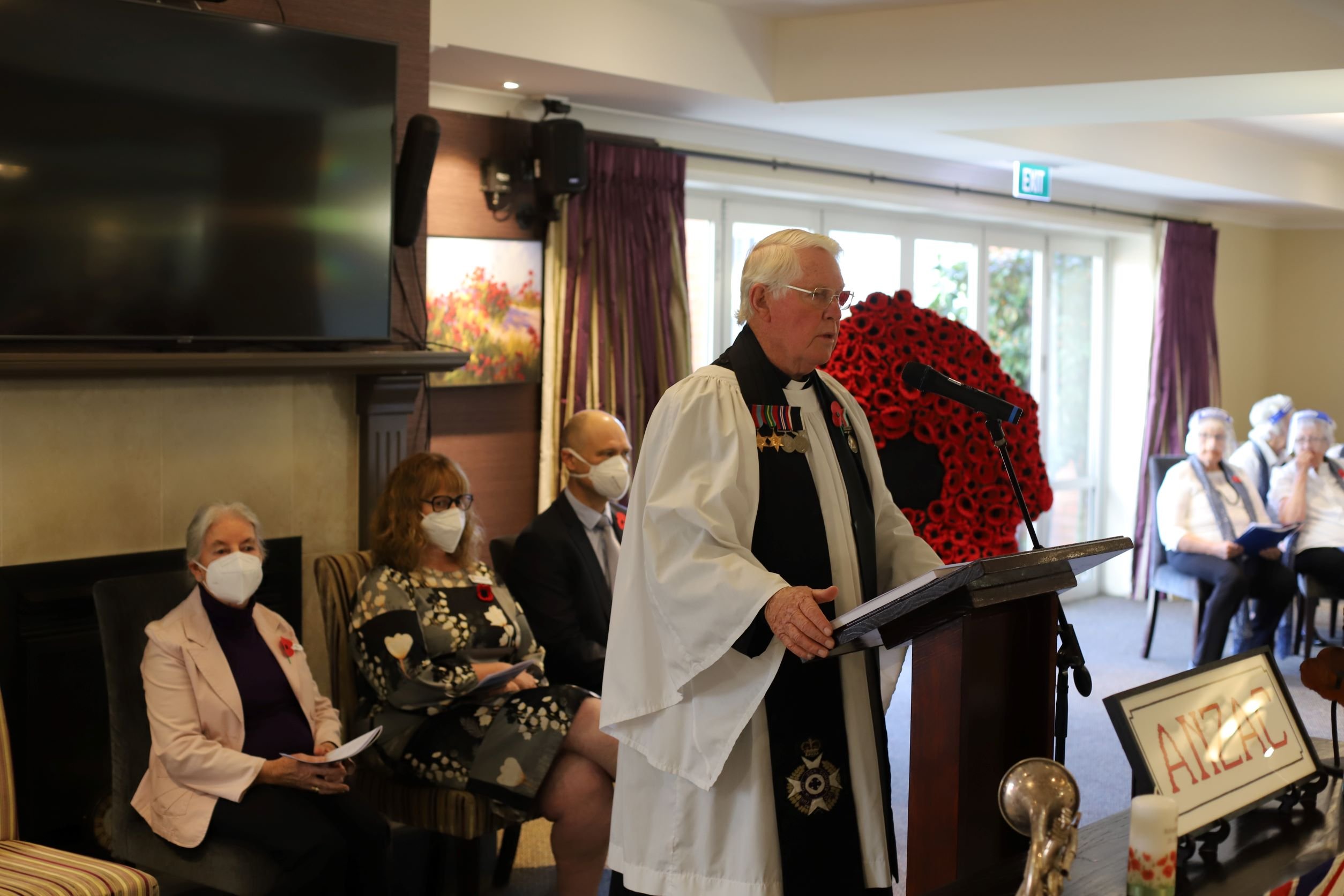 Richard Umbers said Anzac Day had become even more significant in recent times, and it was great to see a good number of residents and guests attend the service to honour those Kiwis and Australians who had served.

“(This is) to commemorate all Australians and New Zealanders who served and died in all wars, conflicts and peacekeeping operations, and also to recognise the contribution and suffering of all who have served.

“We must all be prepared to protect our way of life and remember those who gave theirs in past conflicts.

“Many of us will have been very moved by what we are currently witnessing in the Ukraine where a human tragedy is unfolding.”

Richard also made reference to the eighth edition of Ryman Healthcare's Stories of Service tribute book, which is now available in Ryman villages, libraries and RSAs.

This special commemorative book, featuring the wartime memories of 62 Ryman village residents, has been produced to tell stories of wartime service experienced by residents who served.  Richard said there was a common theme in all of the stories.

“They’re modest, no matter how extraordinary we might regard their story of service, they always insist it is a day about others, not about them.” 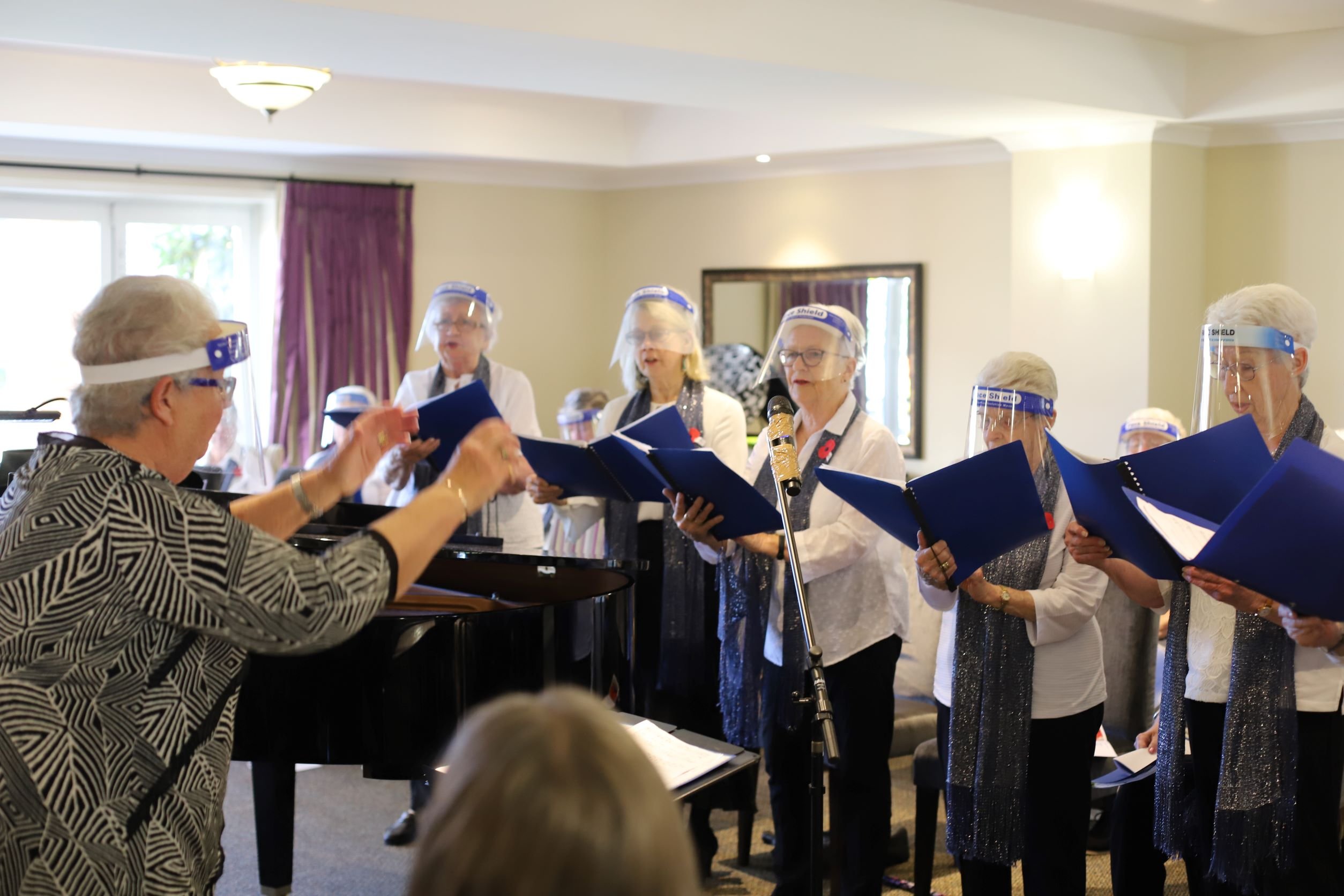 Towards the end of the service, the choir performed Gallipoli, Bob Fendall led a prayer and Bruce Gray and Rosalie Comer laid the wreath. Lines from Laurence Binyon’s Ode of Remembrance.

Bob Fendall also referred to the appalling situation in the Ukraine. “Amidst the darkness of invasion and the mire of political machinations, may we be inspired to help through the world wide family of nations. Our hearts go out to the millions of refugees forcibly displaced from their homes. May our response be one of compassionate care and practical assistance that contributes to a lasting peace,” Bob said.

Katia Ashmore played The Last Post followed by a minute of silence and Reveille.

The final hymns and songs included I Vow To Me My Country and the Dambusters March, with Philip Robinson offering a benediction.