Your online destination for an active body and stimulated mind.

Tour the far north with Mary

Platter tutorial by Manu from The Soc... 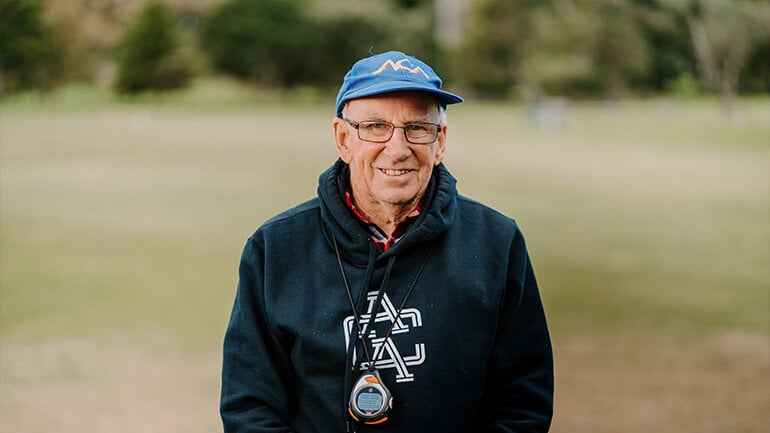 One of the original “Arthur’s Boys”, Barry Magee spent his sporting career breaking records on the international stage.

Attributing much of his success to New Zealand coach Arthur Lydiard (OBE), Barry has “a great responsibility to pass on Lydiard’s secrets to running fast – and winning”.

Amid a career of athletic achievement, Lydiard’s most notable training success was at the 1960 Olympic Games in Rome. A relatively unknown Peter Snell won the 800 meters, Murray Halberg won the 5,000 meters, and Barry himself placed third in a world-best marathon.

While Arthur’s highest performing athletes were knighted, Arthur is credited with stimulating the international growth of jogging for fitness and health. Meanwhile, those he coached for competition were running “100-150km 50 weeks of the year with two weeks off for rest” says Barry. “Not physical rest, Arthur would say the body can jog and restore itself quickly. But the brain needs rest time to time.”

And it’s Lydiard’s uncompromising culture of success that drives Barry to continue training athletes around the world at 87. “I’ll carry on the work as long as I can.” A Member of the New Zealand Order of Merit, Barry trains globally via zoom and still coaches at his local athletics club twice a week.

“You get out there, rain, hail, and shine, you do what you have to do.” 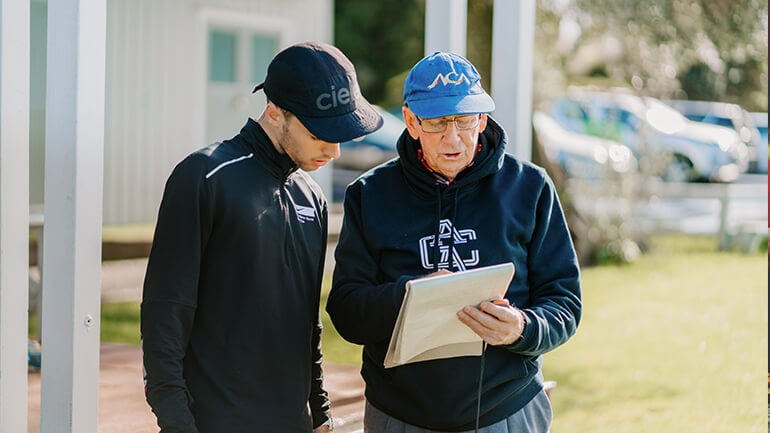 An admired coach, Barry trains high performing athletes from teenagers through to those at their peak.

“With anyone I help and coach, it’s a partnership.” As Barry explains, there’s a lot more to winning a race than running. “I train 68-year-old ultra runner, Bryan McCorkindale, who has broken 4 world ultra records. I’ve coached him for 14 years now and he runs 100-150km a week. It’s a mental thing to do an ultra.”

Considering Barry’s lifelong commitment to his sport, running is only part of his life. “Running’s a bonus in life. It comes after my wonderful wife and three children. People who live to run become fanatics and they’re impossible to coach. But some of us have both.

I was out of bed Monday to Friday at 5:45am for a run, which is not easy to do in winter, but the joy made it all worthwhile.” 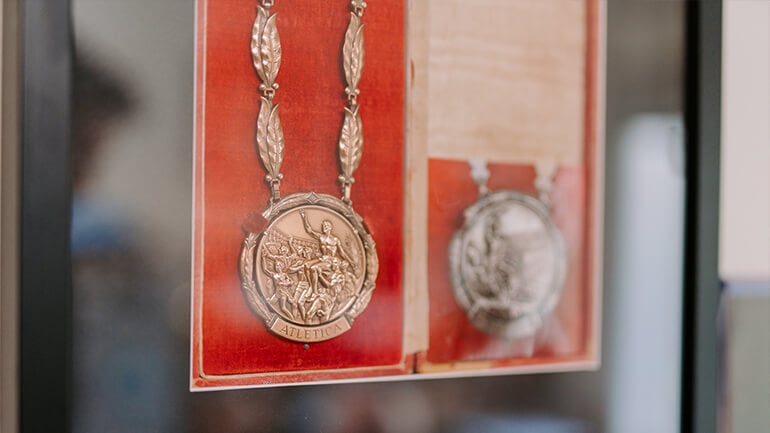 Barry would lace up his shoes and run Cornwall Park, the Auckland Domain, and 30 to 40 weekends a year he would adventure the Waitākere Ranges to and from Mt Roskill. “It’s an incredible feeling running at 8am on a Sunday through the scenic drive with wood pigeons flying over you and tūīs singing. “But which was Barry’s most memorable run? “Probably about 10 superlative runs where everything clicked together.” And, of course, his Olympic Games success. “The most memorable has to be the Olympic marathon in Rome, 1960. It has been recorded in history as the second or third great marathon of the century. The first African won a gold medal and he set a world record time as well. I think I broke the world record too when I finished third. But it was the whole experience. Rome is an incredible city.”

Barry joined a running cub aged 12 and finished racing at 69. “I fell over running down Mt Eden and finished off with a knee injury. I had a 69-year-old body and a 169-year- old knee. Footballers get to 29 and have the same problem!” But as Barry says, “you can’t do stuff in this life without taking risks”. And Barry has certainly done some stuff. While competing in the USA, “we were taken around Disneyland as VIPs and met celebrities that were on tv at the time. We were treated like film stars really. Of course, I was with Snell!”

“My motivation was to be the best I could be, I went out for the joy of running.” 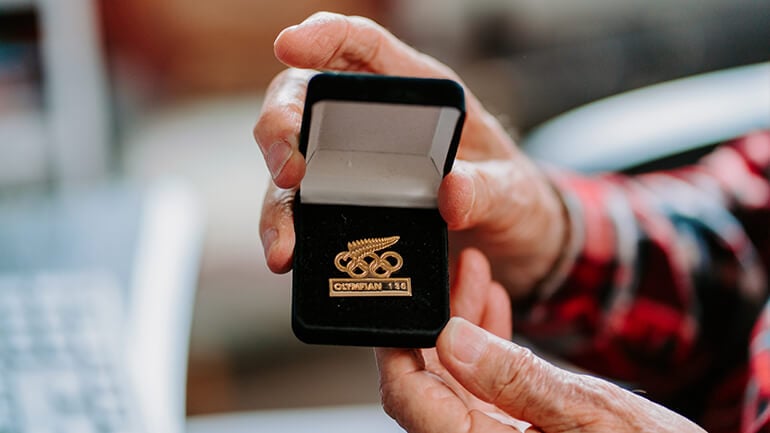 An awe-inspiring event when witnessed on television, being at the Olympic Games Opening Ceremony is often described as an overwhelming experience. And Barry was filled with emotion when his time came. “Some of the things in life that we can experience as humans are priceless. Like walking into an Olympic Opening Ceremony with around 90,000 people watching and all the flags and all the teams. That’s pretty awesome. Then standing on the podium receiving an Olympic medal. And we were doing the impossible, really. I mean, we were a country of two million people at that time and in my 10-year era training under Lydiard our group won 6 Olympic medals and set 17 world records. We were held in awe around the world – they still don’t know how we did it all!”

How to break free from loneliness